One of the classic circa 1990 free moving flight sim arcade cabinet, only 200 ever made, was found in lying in a field in Northern Ireland.

One of the pinnacles of the arcade era was as it was nearing its end, with big immersive cabinets for game experiences far beyond what you could experience at home.

Apart from the cars and bikes, cockpits were a big area for this kind of experience. After the early After Burner cabinets added tilts and jolts to the action, Sega upped the ante with the amazing R360 for full rotation and a long range of tilt that made you feel like you could almost tip yourself out of the machine.

It would be a collector's dream to get hold of one, with reportedly less than 200 ever made.

So seeing one turn up abandoned for most of 30 years in a field in Northern Ireland? You hate to see it.

The find was reported by Lee Peters to a fan group on Facebook back in February. And the reaction from collectors ranged from anger at how such a thing could ever have happened to desperate optimism that maybe, just maybe, a motivated restorer could spend all of the money on bringing it back to life.

But just look at it. Or avert your eyes. No judgment.

According to a Forbes article on the situation, the local story seems to suggest it was probably at a well known arcade from the era – it would have been a real coup for such a beast to be available in Northern Ireland when there were so few in the world.

When it was time to say farewell, the massive machine was moved to a local farmer's shed for storage. And then somehow forgotten until Peters spotted it.

Someone definitely took 'put it out to pasture' way too literally.

Checking the Facebook post, there seem to be no updates on whether any of the many collectors who have pleaded to buy it and see what they can do with it have managed to get it out of that field. 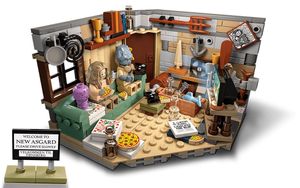 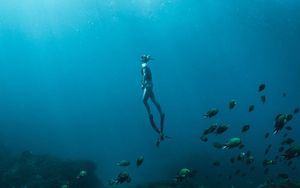