With a fresh test of Suggested Posts that will appear ahead of actual people you follow, welcome to more algorithm than ever before.

Last week we reported on a good thing Instagram is doing – post from your desktop instead of just on your phone.

Now 'good' in the context of a Facebook-owned social media network is its own class of 'good'. Posting from desktop is the 'we really should have been able to do this a long time ago, and we could using workarounds, but hey, we'll take it'.

But it's the nature of the social beast to also sew chaos wherever possible, making us pray to the almighty algorithm that something we actually want to see might pop up on our screen slightly more often than ads for random gadgets that actually do look kind of useful, damn it.

So it is that Instagram has told some of the major US tech news outlets it is now testing putting "suggested posts" more often into more people's feeds. Essentially that means, if you're one of the 'lucky' ones, you'll start seeing even less posts from the actual people you chose to follow in favour of other posts the algorithm has decided you might like to see instead.

Before this, suggested posts sometimes appeared once you had caught up on all the posts from people you know. That's not a terrible idea (apart from reinforcing the idea you are NEVER at the end of a feed, that the feed must be eternal). Show me topic-based posts and help me discover other accounts I might like to follow.

But now as they weave it all together it seems to be a move to keep chasing after the runaway success of TikTok, where randomness that steadily hones in on what you really enjoy seeing is the entire concept. After all, it's just a couple of years since Instagram first launched "You're All Caught Up" as a way to signal we can stop scrolling. But with a fresh injection of suggestions maybe we'll never be allowed to catch up ever again?

Ultimately, every social network seems eager to converge on the same idea of noisy random chaos that feels supernaturally well targeted to keep you staring at the screen.

It's annoying how much these changes annoy me, and even more annoying how well they often work to show me things I actually do enjoy seeing.

If there's a good side to this, Instagram is exploring directly feedback options to help you corral the algorithm toward active choices. Like telling it to stop suggesting posts from a topic, or to just Snooze a topic for a month. Or even to tell it that a post was not about the topic it thought it was.

If you're curious, Instagram did write a blog post recently giving a deeper explanation of the nature of its algorithms, what they are, what they are not, etc. 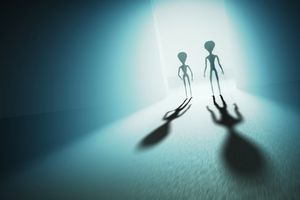 
Do aliens exist? We asked five experts to tell us what's really out there


The greatest ever game doggo has passed away 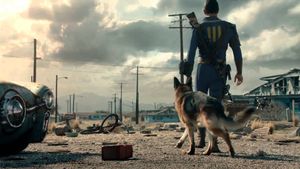