PS5 games can't be installed or moved to external storage, yet

You can't install or move PS5 games to the console's external storage just yet and people are quickly running out of room.

Consoles keep getting more and more powerful, but so do the games. This makes for some huge file sizes, and while hard drives are getting bigger, it's slower than we'd like and in some cases it’s still just not enough.

The brand new PlayStation 5 only has around 670GB of its onboard solid-state storage free. For those who owned a Commodore 64, this probably sounds like a lot, but in 2020 it doesn’t really cut the mustard.

Most triple-A games clock in at over 60GB, and many are pushing over 100GB. This means it doesn’t take long to fill that SSD, and some with pre-release consoles, including the folks at VG247 and Kotaku Australia, are already feeling the squeeze.

While we may be willing to put our lives on the line for Spider-Cat in Spider-Man: Miles Morales, we're not sure about our hard drives (OK we totally would).

So what about an external drive? Well the bad news is it doesn’t work for PS5 games at the moment. Only PS4 games can currently be stored there, which makes a bit of sense given PS5 games aren’t playable from external drives.

The Xbox Series X suffers from a similar problem, but what Microsoft allows that Sony doesn’t is the ability to move new generation games to 'cold storage' while not in use. PS5 users will have to delete and re-download games entirely, which on most Australian internet connections, is a bit of a problem.

The good news is Sony is working towards a fix and the even better news is much like how Microsoft has been open with Xbox Series launch issues, it looks like Sony appear to also be fairly openly communicating with consumers.

On the PlayStation Blog’s FAQ page, it states that the company is looking into letting users store their games, but not play them on external drives – which seems much like how the Xbox Series X already works.

But there’s better news on the horizon for PS5 owners. An already present expansion port on the PS5 will one day allow owners to add an M.2 SSD slot to install and play games.

It’s definitely a bummer to have these restrictions on launch, but at least there’s a path ahead. Though you’d think a console bigger than an original Xbox could hold a few more games.

If you want a little more PS5 hype in your life before launch, check out this cool teardown of the seriously impressive DualSense controller and have a look at the titles you can get tomorrow on launch. 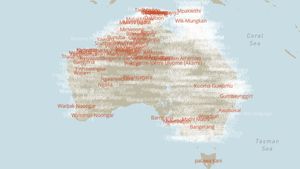