I am willing to die for Spider-Cat in Spider-Man: Miles Morales

We only just met, but from what Game Informer Spider-Cat reveal has turned the Miles Morales game into an instant must have.

Spider-Man is cool, but cats are even better. It's just as well Spider-Man: Miles Morales, coming to PS4 and PS5 for the latter's launch, combines these two very good things.

A recent Game Informer exclusive hands-on with the latest web-slinging game shows off a quest where Morales rescues a gorgeous ginger tabby for a convenience store owner. Also named 'Spider-Man', the cat is surprisingly chill about sitting in a backpack while swinging above New York's rooftops.

I know my silver tabby Rosie would have absolutely none of this tomcat's tomfoolery.

After the touching reunion between owner and companion, it appears Spider-Man joins, uh, Spider-Man to fight crime — featuring his own little mask! Morales refers to the kitty vigilante as Spider-Cat, which is far less confusing for everyone.

Perched in Morales' backpack, Spider-Cat cheers on his newfound friend-in-justice during combat, even leaping out to perform a brave feline swipe finisher.

Is Insomniac Games specifically targeting the significant market of people who love interacting with animals in games? Of course they are, there's no hiding the studio's intentions.

Is it working? Hell yeah.

No street thugs better ever hurt my beloved Spider-Cat. Ever.

After being on the fence about Spider-Man: Miles Morales, Spider-Cat has firmly nuzzled his way into my heart — and subsequently, my wallet.

You'll be able to swing around with Morales and Spider-Cat on 12 November, the same day as the PS5 launch. Honestly, I think this damn cat overshadows any new hardware release. 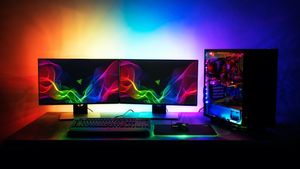 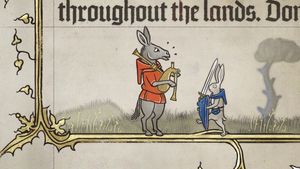