See inside the PS5's DualSense controller and find out how the adaptive triggers actually work.

Curious as to what's under the DualSense's pristine white exterior and how those adaptive triggers work? Wonder no more!

YouTuber TronicsFix dismantled the bespoke PS5 controller in a video to work out how the DualSense's triggers and haptic feedback works, in addition to seeing if it can be put back together again with minimal fuss.

There's something simultaneously nerve-wracking yet satisfying about watching TronicsFix jimmy the controller apart, especially considering it's such new and mysterious tech to the general populace.

Among the video's discussion points, there are comparisons between the DualSense and the PS4's DualShock 4 controllers, clearly showing how the PS5 controller has a larger battery and rumble motors, the latter for the haptic feedback aimed at providing more realistic sensations.

When TronicsFix gets to the adaptive triggers, he discovers a spiral gear that adjusts the starting position of another mechanism which the trigger then contacts at different points to generate different levels of tension. Very cool stuff.

An area of disappointment for some may lie in the analogue sticks, which TronicsFix believes uses very similar technology to the DualShock 4, which he labels as "prone to failure and stick-drift, and are not easily replaceable".

I'm fortunate enough to have never had anything go wrong with any of my DualShock 4 controllers over the years, other than the battery being too damn quick to drain.

Otherwise, the DualSense appears to be a pretty sweet piece of tech and is largely modular for performing running repairs for those inclined to DIY.

All I know is I'm glad someone else happily breaks apart new tech so I don't have to. I get upset when I leave sweat marks (from my admittedly very sweaty hands) on my controllers, let alone something actually going tangibly wrong.

Plus, no amount of dismantling will rectify Japanese gamers' ire with the PS5 changing the 'O' and 'X' inputs around. 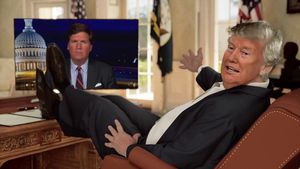 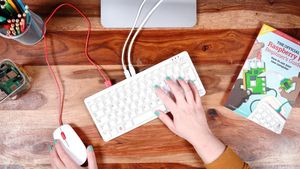