The PlayStation 5 brings a bunch of next gen features. But not all games embrace them. Here's our picks of the best ones to play right now.

We are spanking fresh into this new generation, so there's tonnes of games yet to come. That's half the fun. The potential energy on the road to the future! But that doesn't change the fact we want next gen to feel next gen as soon as possible.

If you are lucky enough to already have your hands on a PlayStation 5 – the most truly next generation console option at launch – we have some suggestions for you to try.

This game is essentially a brilliant tech demo bundled with your new PS5. It starts with a nice controller introduction, really letting you feel the new haptics and triggers. By the time I’d experienced exactly two things in this game I had already gasped five times.

Beyond the quick intro there’s a surprisingly meaty little platformer which is a true celebration of PlayStation history. You can collect gorgeous 3D renders of the PS consoles and accessories over the years to really get you hyped for next gen.

In the main hub there are several worlds you can check out each based on different parts of the console, like the GPU or SSD.

Each has its own unique experience on offer that all show off the DualSense controller wonderfully. You can really feel your footsteps as they transition from metal, to grass, to trudging through sand.

All the little touches really got me excited to see what developers have in store for us with this new tech.

One thing I’ll note is the game pushes you in the direction to try the purple memory level first and I was very luke warm on this one. After playing other levels I’m really glad I stuck with it.

I’ve gotta come clean and say that while I enjoyed the PS4 Spider-Man game, it wasn’t really anything special to me, so I’m really surprised with how much I’m enjoying Miles Morales.

This game just looks stunning. Swinging around New York was my favourite part of the previous title but it’s even better on this next gen console. It’s jaw-droppingly beautiful and is worth buying for that alone.

Plus it has the Spiderverse suit which is very important.

But the action has been feeling really great too. I can’t say if it’s thanks to the new controller yet, but combat in this new Spider-Man game has flowed much better for me, and Miles’ new powers are a joy to use.

But as far as next gen goes you should get this game for how it looks. Nothing justifies a shiny new console like literally weeping at a beautiful in-game sunset reflecting off the skyscrapers as you swing through the New York skyline.

I’m technically just playing the PS4 version of Yakuza: Like a Dragon on my PS5, as the updated version won’t be out for a bit, but it’s great.

It's also one of the most perfect entry points for newcomers to the series.

Yakuza games are always 70% part intricate crazy crime film, 20% an actual game, and 10% wholesome weirdness. Usually they have brawler style combat, which I’ve never loved but this one has switched to a full turn based JRPG.

This works brilliantly for a new console especially if you’re a bit low on energy to seriously game. You can really take your time and appreciate all the details in combat and enjoy watching a truly endearing Yakuza film in the cut scenes.

There’s also a scene where the protagonist takes a bite out of some bread that was so vivid I could taste it. I think it's well worth playing a bit of the PS4 version on a PS5 just to see how much the advanced version will blow our minds.

Yakuza is stupid entertaining and full of heart. It’s almost as fun to watch as it is to play which is a great choice for a new console, especially if you’ve got spectators in your household.

I wanted some pew pew to test out these triggers and I found it.

Make sure you download the upgrade for this one to bring it into the world of next gen. This will activate the adaptive triggers in your guns, which is just cool to feel.

It’s crazy surreal to pull a trigger and feel it fight back, and there aren’t a lot of games that will give you this right now. That makes Borderlands 3 a great pick to test out your new PS5.

But what makes it even better is it has full cooperative split screen, goldeneye style. I’ve been playing through with my partner but you can add extra people if you’ve shelled out for even more of those sweet dual sense controllers.

Borderlands are always a bit of a fun romp, and giggling at the feeling of the triggers just adds to the experience.

I've never really played a Devil May Cry game in my life. I'm terrifically bad at them, and have basically no understanding of how they work. So when I first picked it up, I wasn't really sold.

Impossibly pretty protagonists with bad accents fight against disgusting devil bug monsters. Towards the beginning of the game there's a slow motion van rolling scene which feels a bit like a very weebed up version of the one from the Deadpool movie.

It gets pretty gross. You do a lot of putting weird bugs into what honestly look like giant crispy charged pustulating vaginas for some reason. But you can really see that grossness.

Sackboy is a bit of a hesitant choice. It’s a pretty fun little 3D platformer so far but as for feeling next gen it really swings in and out.

There are times when I can see every thread on Sackboy’s fuzzy little face, and others when it just looks like a weirdly placed flat texture. Almost like it’s trying to remind me of how far we’ve come.

It does make use of the cool DualSense controller, but perhaps not enough. I’ve got the haptic feedback turned right up in the settings but it always feels very mild. I can tell that things are meant to be happening in there, but compared to games like Astro’s they’re super faint and hard to feel.

However there’s a big win for Sackboy when it comes to playing together. This is another game you can crack out with friends and it’s super easy to drop in and out.

It has a good sense of humour, in that you can wallop your friends and pick them up which makes for a really playful experience. It’s kid friendly too, which is a big plus for families looking for more next gen in their lives.

Is Godfall a great game? Probably not. Is it good? I’m not even sure yet. All I know is goddamn can it trace those rays.

This looter hack and slash hasn’t seen the best reviews. It has a very generic fantasy world, combat that I find can feel really good one moment, and a bit unresponsive the next, and some pretty confusing systems. But, it’s so damned shiny I had to add it to the list.

Godfall's environments have the bloom turned up to eleven. The first level takes place in a sort of fantasy cathedral made of reflective surfaces and radioactive gold. Outdoor levels have lush foliage with coloured leaves and other lovely splashes of colour.

It also has some slight touches with the adaptive triggers which made a tonne of sense in game and I actually really appreciated them.

I haven’t put enough time into Godfall yet to have a solid opinion of whether or not it’s a good game. However, within seconds I was convinced it was a next gen shiny experience worth trying just for the lavish garish aesthetic of it all.

Let your eyeballs also really feel the next generation, blinding as it may be. 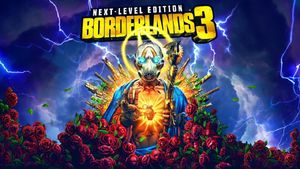 
PSA for PS5: how to ensure you're not just running a PS4 version 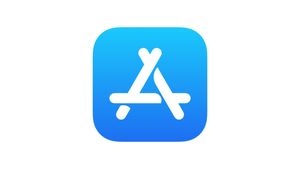