There's a lot of gadgets to be excited about this week. But it's the PlayStation 5's new DualSense controller that is the most revolutionary.

This is the craziest week for tech releases in a long time: two new Xboxes, a PlayStation, two new iPhones, a major Apple event, and a bunch of other stuff. If you know a retailer or tech journo well enough to hug them, this might be a good time to do that.

But of all the new gadgets out this week that I’ve tried, the PlayStation 5 is the most exciting, because it’s the only one of the three consoles that feels brand new and has that feeling of getting a glimpse of what the future will be like.

Don’t get me wrong, the Xbox Series X and S are fantastic gaming consoles. The reduced loading times, improved controller, and deliberate inclusion of all the Xbox stuff that went before it is great. Game Pass alone is enough reason to pick up a new console.

But that’s all evolution, not revolution.

The PlayStation 5 is both an evolution and a revolution. Where the Xbox Series X feels safely better, the PS5 is out there doing weird stuff with the controller and changing up the menus. The PlayStation 5 feels new and different and like it’ll take time to get used to in the best possible ways.

I have to admit that I have doubts that many non-first party developers will take full advantage of all the DualSense controller has to offer, just like the touch screen on the DualShock 4 just became one giant button for many years.

But can you imagine the stress and tension that there’s going to be in games like The Last Of Us Part III or whatever, when your character is hurt and tired and you need to press down the triggers, but it’s so hard? It’ll be immersive as hell and exciting. I’ve been playing NBA 2K21 across both XSX and PS5 and my goodness, the developers definitely didn’t take full advantage of the DualSense, but the things they did do make the playing experience more intuitive and straight up better.

It's the same with Spider-Man: Miles Morales. The developers could have done more with the tension on the triggers and the vibration, but it was easy to tell when a web attached, or when Miles was hurt, because of the feedback.

The power of the DualSense probably won’t be revealed for another year or two, when developers have had time to play around with it, and I can’t wait for that.

I may have written many love letters about the comfort of the new Xbox Series controller, and I might not be enamoured with the comfort of the DualSense (it’s just the wrong shape for my hands, or vice versa). But this goes so far beyond comfort and turns a regular controller into a more integrated part of the action in a way the Rumble Pak could only dream of.

It’s only after the thrill of the DualSense that you realise that the PS5 also has extremely short loading times and everything looks incredible. Oh, and the PlayStation Plus collection that gives you access to the best games from the PS4 era, included in the PlayStation Plus Subscription.

Yes, it is deeply irritating that PS1 and 2 games aren’t compatible, and you can’t use DualShock 4 controllers (which is devastating for people who require expensive, modified controllers to be able to play at all). But whereas the Xbox Series X|S is all about looking back and making friends with the past, the PS5 is firmly reaching for the future. I, for one, can’t wait to see what happens next. 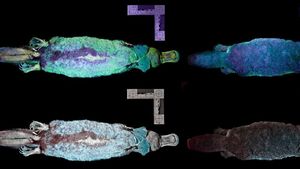 
Platypus cooler than ever as we discover they're also biofluorescent


The Dish gets official Wiradjuri name 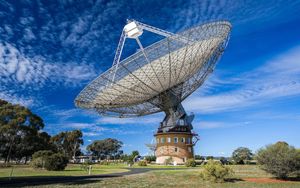