Routines, rhythms and the systems we use to keep things moving at the right pace.

You may have noticed I’ve lacked consistency here for a while.

I’d been hoping to go twice a week, but it’s been tough to build the rhythm around that alongside other responsibilities. So for now we’ll return to a weekly routine to make things run more reliably on a Friday morning (ha, not this week) for the foreseeable future.

After shifting a few contract roles recently and making more room to advance my new efforts with the Byteside website, the whole idea of rhythms has been playing on my mind.

We have so many competing ideas in our lives that scheduling blocks and windows of time often feels like the best solution to ensuring we make time for what’s important and what’s critical. But such blocks also struggle to accommodate or flex to respond to the reality of the world. Things change. Weird things happen. And if you’ve tried to run a tight schedule then the wheels can come off very quickly.

But the rhythm itself is important. Finding ways to not let the wrong things take priority is essential to feeling like you’re on the right path. So how do we balance these competing needs to flex where needed while putting the guard rails around what deserves our time and attention?

When we’re looking at the wide view of a week or a month it feels sensible that we can make our attention go where we need it to. But in the heat of the moment, things fall apart so quickly. Calls, emails, life. Everything conspires against us.

Right now I’m going back to basics. I love using Todoist as my ‘one trusted source’ for tracking everything I have to get done. But at the end of my day I’m also writing down a paper list of the most important tasks for the next day.

Seeing those tasks in ink on paper – not too many, 3-5 usually – helps bring that focus back every time I feel it slipping.

It’s working OK so far. And while the larger rhythms of my weekly routine are still shifting as a variety of contract jobs need my attention, I’m finding that list helps to ensure that the ongoing development of Byteside rarely slips down the list.

We’ll soon have a team of seven writers working on the site. It’s exciting times. Thanks for following along.

Lots of new stories each week now! So many I’ll just start highlighting in future editions, but hit the site for everything!

All the AGDA nominees are right here

Hands on with Xbox game streaming on Android

We size compared the Xbox Series X with other consoles, objects and vegetables

HeroQuest gets a faithful crowdfunded remake

The End of FarmVille

LA Comic Con is going ahead and dear God why is this happening?

Asking people to read the bloody article before retweeting is working, says Twitter

Legacy gets set for its League of Legends 2020 Worlds campaign

High Resolution: All the deets on when and where to watch Legacy rep Australia and the OPL as League of Legends World Championships kick off this weekend.

Byteside: We delve into pre-order shenanigans, Xbox buying Bethesda, the NBN fibre renaissance, and the re-release of HeroQuest.

When coffee makers are demanding a ransom, you know IoT is screwed

Watch along as hacked machine grinds, beeps, and spews water. This is just nuts.

A team of researchers at MIT claim their “SPARC” compact fusion reactor should work — or at least in theory, as they argue in a series of papers. If we get fusion reactors out of 2020 would it be a net win?

The whole “flight to nowhere” thing is quite a mess for the environment, but this is a positive alternative if you’re hankering to get on a plane again without the massive carbon impact.

Art of Rally is a beautiful racer like no other

Art of Rally feels both authentic and ethereal due to its brilliant audiovisual design. Racing veteran or a newbie — this is all style, all substance.

Take the edge off anytime you need to with some gorgeous images from a new free access archive of Studio Ghibli stills.

It’s fine to not feel highly motivated to learn new things. But if you are feeling it, here’s some free ways to skill up for fun or profit. 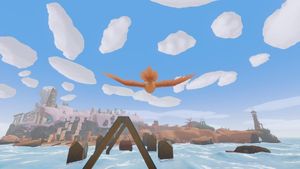