Will we end up where Steve Jobs started the iPhone? With web-based apps that preserve control for those who make them beyond the borders of the App Store?

It’s easy to forget that the iPhone did not launch with an App Store. As the history is told, Steve Jobs didn’t want third-party developers messing up his shiny new device with apps that might not run well, or not have the right polish, or crashing a phone which was a different kind of device to a computer.

But one year after the first iPhone, the App Store was launched.

At that time, Jobs clearly stated the App Store was intended to be a break even venture for the company, designed to vet apps to adhere to guidelines, but the fees charged to developers would simply be to cover the costs of running the store.

Times have changed. Taking a 30% cut of money spent directly through the store, Apple has earned tens of billions in revenue since the store launched. I’m not going to guess at the costs to run it, but there’s probably a good argument it’s made a lot more than ‘break even’ money.

Now it’s all coming to a head with recent US anti-trust hearings on Apple’s monopolistic control over its App Store. Companies smell blood in the water, so they’re starting to pick a fight that they have avoided until now.

Personally, I love that the iOS App Store is not a free-for-all. I wish they controlled it more tightly to keep a lot of ridiculously awful trash games and apps out, especially those that flagrantly copy other games on the market trying to earn some dollars through confusion rather than quality.

Quality and ease of user experience has often been the argument from Apple on why it has said no to apps, but more and more it’s become about whether or not the app is using App Store economics. If Apple isn’t seeing its cut, it argues the app is not right for consumers.

Guidelines are guidelines, you have to stick to the rules. But it’s not really true that you can ‘go elsewhere’ if you don’t like it. At least, it starts to punish users too instead of only punishing a service provider.

Email service Hey.com had its troubles recently, and over the past week we’ve seen Xbox game streaming services – to play Xbox games on any device – start arguing about being denied access to the store. Today, Epic Games has sneakily tried to change the payment system in Fortnite and been kicked out of the store within hours. It had a knockoff ‘1984’ ad ready to roll, so it knew it was picking a fight when it did this. (Google has now booted Fortnite too, so this isn’t just an Apple thing).

There’s a difference between controlling the platform and controlling the money. I believe in the idea that if a developer wants to avoid using Apple payments, then it is creating bad friction for users – but it’s a risk the developer should be able to take. They have to force a user to jump through hoops to set up an account and payment outside Apple’s ecosystem. They might lose customers if they slow people down this way. But that’s a choice I think is fair to leave in their court.

Same with the idea that Apple says if you do choose this path you can’t openly advertise in your app where someone needs to go to sign up. I think this path is about offering an app to existing customers more than winning new customers in the App Store. If you don’t use the payment system, it should be fair that Apple isn’t going to directly help you to promote your app.

The big ‘But’ here is thinking forward on where the entire idea of apps will go next.

I was really annoyed when I first heard that the Xbox Game Pass streaming service won’t be coming to iOS. I love the idea that I could play full-fledged Xbox games streamed to my phone with an Xbox controller synced up. Brilliant stuff. This is the future! And Apple’s suggestion that it’s because it can’t vet every game in the service seems preposterous. If it doesn’t vet every TV show and movie on Netflix, a streaming service, why should it treat games differently?

But when we think about the lines in the sand along the way here, full cloud streaming of not just ‘sit back’ video content but interactive ‘sit forward’ gaming of the highest order, we’re into a domain where you’re then saying any app, any service, any executable function could be ‘streamed’ instead of installed for local use.

The next generation of what ‘the cloud’ is becomes more than storage. At the enterprise level it’s already a massive processing environment and as speed and latency of the network gets faster consumers will also start to win big benefits. But it removes control from the people who sell us devices and shifts it toward those cloud players instead.

Exciting in many ways. But it also starts to reduce our ability to work locally should we fall off high-speed broadband networks for even a second.

This is one of those messy battles where getting to play some streamed games is the vanguard to a whole new way of thinking about services and local processing and what the device in our hand is for.

It’s important for a local app to exist to efficiently make that network connection to the cloud execution service. It’s far better than trying to do the same thing through web browser code. But maybe that will change in the next few years too, and this roadblock of the App Store will become less of a block than it currently is.

Maybe we do end up where Steve Jobs started. Where an App Store is not the hub it has become, and the browser becomes the heart of action. If you’ve never used it, you can make a button for any web page on the iOS home screen. Every page becomes an ‘app’ you can click to launch.

I think our smartphones are great because of the balance between locally installed apps and the ubiquitous network connections they enable. I dread the idea that everything becomes ‘the network’ because there will always be times when the network is unavailable. Always.

I want to see Apple reset its rules to ensure us users are not a victim of the back and forth. I want some services to let me subscribe outside the Apple ecosystem. And I want Apple to do more to keep crapware out of its store if it truly believes it is putting quality at the top of the pyramid here.

But I think it’s important to keep in mind during this fight over control of the App Store that more is at stake than just cloud streaming games – as cool as that will be. It’s not too far down the track that the cloud starts to feel as ‘local’ as every other app, and that will change the nature of computing forever – all over again.

Pro-Trump forces 'work the refs' in the Valley

I’ve heard ‘working the refs’ as an excellent analogy for the way conservatives rant and rave about bias in media and tech, which pushes those people to never blow the whistle on their bad actions. I’ve used the analogy in a Byteside podcast recently too. This article digs into the idea really, really well. And I think it applies just as nicely to News Limited blowhards and other local conservative forces.

“Apple stands alone as the only general purpose platform to deny consumers from cloud gaming and game subscription services like Xbox Game Pass.”

Epic Games is picking a big fight here. It intentionally flouted guidelines and added a price option that avoids the App Store payment system and handed the savings to users. It got kicked. And now it’s filed a lawsuit against Apple.

And then there’s the OTHER big fight. With TikTok and WeChat bans looming, it could destroy Chinese presence for US companies. This survey a proof point that WeChat is a necessity to operate in China.

We tested Instagram Reels, the TikTok clone. What a dud.

This combo review by Taylor Lorenz and Brian X Chen to examine Facebook’s effort to copycat TikTok is a great write up that shows sometimes apps are a lot harder to replicate even though they seem ‘so simple’ on the surface.

I recently discussed ‘friction’ as something with more value than we often give it. Here we see ‘informative friction’ being applied to sharing information to make people take that extra second to think about it.

Intel showed something new at Architecture Day 2020: confidence. It’s been a tricky past decade for Intel’s CPUs, so some big strategic shifts are underway.

Some genes have names that make Excel think they need to be formatted as a date. And Excel really likes to ‘help’ by changing data automatically.

How activists,  and one tech billionaire,  beat Alphabet’s ‘Smart City’

Alphabet bet big in Toronto. Toronto didn’t play along. This is a great look at how dreams of ‘smart cities’ are fading as the disconnect grows between tech idealists and the growing concerns over how data is collected, used and controlled by monopolistic tech giants.

I'm open sourcing the Have I Been Pwned code base

A great Aussie success makes another leap that is being acclaimed by the security industry. Top work, Troy Hunt.

Mark your calendars. November 17. Disney+. See you there.

To celebrate the Women’s Prize for Fiction’s 25th anniversary, the Reclaim Her Name project is re-releasing a collection of books publishing titles with their author’s real name. 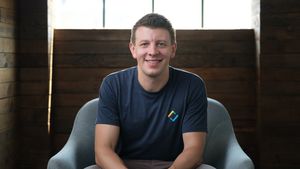 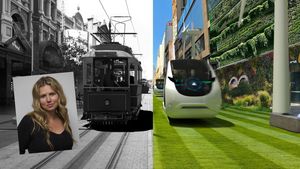