The Asus Zenbook 14x leans heavily on the ScreenPad technology but still packs plenty of power for everyday use.

In an effort to stand out in a wildly crowded market, laptop manufacturers turn to all sorts of tricks to boldly claim a definitive point of difference.

Asus' trick with the new Zenbook 14x is to persevere with the company's ScreenPad technology, where its trackpad doubles as a secondary display and a hub for various apps.

This ScreenPad tech has existed in various forms for a few years now, and although its use here doesn't quite earn the Zenbook 14x a place on our best laptops list, it does provide some novel use cases.

One thing I immediately vibed with was the Zenbook 14x's build quality. Made from an aluminium alloy, the laptop looks sleek and feels like a premium product – which you'd want it to given the $2,299 price tag here in Australia!

Of course, at such a price, it comes with all the bells and whistles you'd expect from a high-end laptop: an internal SSD drive, 11th Gen Intel processors, 16 GB of RAM, and a combination of Thunderbolt 4 and USB 3.2 ports. I've used recent laptops that have solely had USB-C ports, which has been a pain needing an adaptor for using any other type of connector, so the Zenbook 14x offering different types is very welcome.

Unlike some laptops I've used, where simply opening the damn thing is a two-handed endeavour, the Zenbook 14x opens easily, revealing its gorgeous 2.8K OLED screen. The power button doubles as a fingerprint reader, so you can set it up to power on and log in with just a single press.

I liked the efficiency this offered, although the power button felt oddly cheap in comparison to the rest of the laptop – because of the plasticky button and the power indicator being on the side, I couldn't tell if I'd actually turned it on sometimes unless I leant over to peer at the tiny light. Or, you know, actually waited the few seconds for the display to activate like a chump.

Typing is a breeze, with a responsive keyboard alleviating my concerns of missed inputs I've encountered with some laptop keyboards.

One of the Zenbook 14x's selling points is the aforementioned OLED screen, which was extremely good. I streamed The Legend of Vox Machina, Critical Role's recent animated series that features a great range of colour and lush animation, to test how the display fared. No hyperbole intended, but it looked spectacular, with good contrast between light and dark scenes, plus vivid visuals all around.

Its speakers sounded pretty good as well. Although you're forgoing bass when using a laptop's onboard speakers, the Zenbook 14x sounded a far cry from the tinny, compressed audio of yesteryear's portable PCs.

Bear in mind, however, that when using the Zenbook 14x for multimedia consumption, its battery drains quickly. Asus claims the laptop is capable of just over eight hours on a single charge, which isn't massive, but I honestly can't think of many situations where I'd be using any laptop for that long without being connected to a power source.

There's a screen on my trackpad?

Obviously, the main thing separating the Zenbook 14x from the competition is the ScreenPad. While it's not as wild a concept as Asus' Zenbook Duo, a legitimately dual-screen laptop, it's still one heck of a novelty for those of us used to a conventional laptop trackpad.

The ScreenPad is enabled by default, which you can change at any time by pressing F6 to cycle between using it in its ScreenPad mode or as a traditional trackpad. When in ScreenPad mode, various swipes and tap gestures serve different functions, such as temporarily using it as a trackpad until two seconds of inactivity.

While in ScreenPad mode, you can't use it as a trackpad, which caught me out a few times, accidentally opening apps instead of moving my cursor. It comes pre-installed with various apps, including a number pad and Spotify – which I'd recently abandoned in favour of Apple Music.

Having a digital number pad is a novel solution to a reduced laptop keyboard, but I'd only recommend using it if you really needed to input a bunch of numbers at once. Otherwise, in the time spent opening the ScreenPad's number pad app, you could've already started typing numbers in.

There's also a fair bit of Asus bloatware to navigate, like MyAsus, which some of the ScreenPad's features are gated behind, an annoyance considering we all have an abundance of apps and programs we barely use as it is.

You can also drag and drop open windows, such as Chrome tabs, onto the ScreenPad for when you need a secondary display in a pinch. The ScreenPad felt a bit small to really make use of it as a second display, although the concept is neat.

For a laugh, I tried to see if I could run some games on the ScreenPad. In short, it's possible, but far from an ideal playing experience due to the small display. Some games struggled to display natively, but Death's Door worked seamlessly. Although playing such a visually engaging title had the same energy as watching Tenet on a Game Boy Advance – just because you can, doesn't make it a great experience.

The more I used the Zenbook 14x, the less I used the ScreenPad, preferring to stick with the traditional trackpad functionality. More than once, I encountered lag or delays in moving things between the main display and the ScreenPad or waiting a few seconds for the number pad app to open when I could've already typed in a bunch of numbers.

I genuinely like the concept of the ScreenPad, just not necessarily its execution. The ScreenPad's app-based ecosystem combined with Windows 11 feels like the Zenbook 14x is further bridging the gap between laptops and smartphones.

This is a great idea in theory, as coming generations of tech users are increasingly more familiar with the touch-based gestures of smart devices over traditional PC inputs. It makes sense to try and replicate the experience on modern laptops, especially those with touch-enabled displays like the Zenbook 14x. However, it's a solution perhaps handled more elegantly by other genuine 2-in-1 laptop-tablet hybrids on the market.

ScreenPad aside, the Zenbook 14x is still an extremely nice laptop to use; it looks and feels fantastic, packs plenty of grunt, and its OLED display is a visual treat. 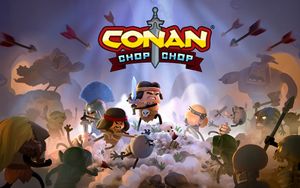 
Conan Chop Chop review: killing in the name of (Crom) 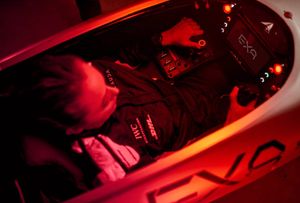