Last year, Samsung gave us all another reason to not lose our TV remotes under the couch: a solar-powered battery. Now, an upgraded version can recharge its

Last year, Samsung gave us all another reason to not lose our TV remotes under the couch: a solar-powered battery. Now, an upgraded version can recharge its juice via your Wi-Fi.

As part of Samsung's "Together for Tomorrow" keynote at CES 2022, the company revealed enhancements to the SolarCell Remote, which can now receive electricity through wireless signals such as those from your home's Wi-Fi connection.

The idea is to reduce waste from chucking out old batteries, while using pre-existing energy sources instead of needing to plug yet another device into the wall.

Even better, Samsung announced the tech behind the SolarCell Remote will be made open source, meaning other companies can produce their own eco-friendly versions.

Other Samsung CES 2022 announcements include a pretty sweet addition to its range of fancy Lifestyle TVs that display art when not in use: anti-glare and anti-fingerprint matte displays. Family slideshow night just got a whole lot ritzier.

For the gamers, Samsung's 2022 TVs include access to cloud-based streaming services such as NVIDIA GeForce Now, which received Australian servers last year through Pentanet, and Google Stadia.

Having only ever known reflective panel TVs, I'm mighty curious how video games would look on an anti-glare screen.

Exact pricing and release details are not yet known for Samsung's 2022 range of TVs, so expect to hear more in the coming months. 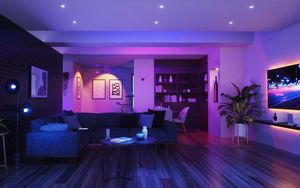 
300 hours: HyperX's new headset is made for marathon gaming sessions 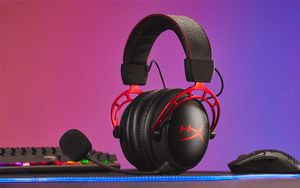