A cheeky reveal shows a new 'camera bar' with optical zoom and a new Google Tensor SoC that together make the Pixel 6 a big step forward.

Google dropped a tweet storm today to reveal its latest Pixel 6 and Pixel 6 Pro phone hardware, and after a few years of OK-but-not-amazing updates this latest offering looks like it could be a new benchmark for Android phones to aspire to.

On the surface, there's no getting past the 'camera bar' design that lifts the cameras off the surface of the phone. Undoubtedly this will split many on whether they like the concept or not – I think it's great! Making room for serious camera lens technology has been a big issue for smartphones and this design incorporates three lenses, with one on the Pro model including a 4x optical zoom.

In that group shot it's hard to tell which is the Pro and which is the straight 6, but this side by side gives the game away with a larger brow on the back of the Pro.

The cameras might not be the biggest deal here, though, with Google strangely using this Twitter thread to reveal its first original SoC for phones, named Tensor, a name it has used on its bigger scale work in Tensor Processing Unit technology for processing AI and ML.

Google says the Tensor SoC has been four years in the making (and those Tensor data centre chips first appeared in 2017), and the chips will offer improved image processing and other AI/ML capabilities directly on the hardware instead of needing to rely on cloud processing as much. One claim is that this will enable new real-time translation features.

Google is the leader in machine learning tech on many fronts, so if this chip unlocks new potential for Android phones at the device level it's a big win for users and will see plenty of catch up required from competitors. Samsung is said to have been a partner on the chip making process... but that's the same with Apple, and those Cupertino designed chips left a lot of Android chips a long way behind in processing power, so it's exciting to see fresh designs land in the smartphone market.

Gizmodo has an interview with Rick Osterloh, Google chief of all things Pixel, for a deeper insight into the new chip and what the company believes it will do. Rick also has a blog post up on the Goog's official blog.

And just to finish everyone off, Sundar Pichai trolled the world by showing the Tensor chip next to a paperclip for scale, setting off a thousand questions on which size paperclip he'd used.

Set to land in the Spring local time, that means it's just a 1-3 months away. Who's keen? 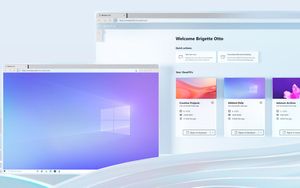 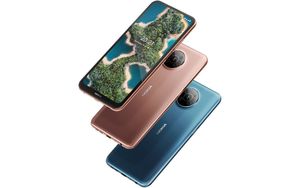