Space Jam game revealed along with some snazzy Xbox controllers

If you can pick one of these, which one would you pick? Because there's only one that'll be available to buy in Australia...

We all know that the world needed another Space Jam. Shut up, that person over there! Everyone else knows it's true! It's almost here, and with it comes a tasty retro brawler to add to the fun of it all.

The game is doing an old school beat 'em up vibe with Bugs hanging out with King James (whose schedule cleared up recently so he's got time to save the world from cartoon aliens and stuff). The Space Jam: A New Legacy – The Game format was decided in a call for fan-submitted arcade-style game concepts back in December last year.

On top of the existence of the game and its arrival on Xbox Game Pass Ultimate on July 1 before it lands in other places two weeks later, Xbox has tizzied up some cool looking controllers for the hardcore Space Jam fans to chase down. There's a Tune Squad, a Goon Squad, and a 'Serververse' controller design, and they're actually very nicely done.

So which one would you choose? If you could only choose one?

Sorry, you can't choose (without jumping through some serious hoops), because Australian fans will only be able to buy the Tune Squad edition of the controllers. The good guys. It's OK, they probably win in the movie (that's not a spoiler, I haven't seen it... I'm guessing they win... probably...)

Whether you're chasing down the controllers or just keen for a little arcade action – here's the trailer!

If I had my way, of course this would have been an NBA Jam style experience. But given you can still visit the original 1996 Space Jam movie website, I'll give this kind of retro treatment a firm second place. 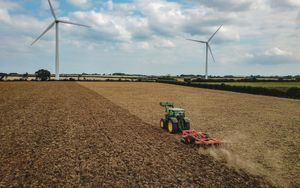 
Airspeeder EXA Series: will this be the Grand Prix of flying car racing? 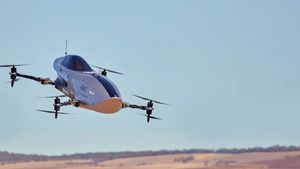