A new robot is being rolled out in Aus and NZ Kmart stores to help improve inventory tracking and we're hoping they're not evil.

But we’ve had some great news too. We had our first ever controlled flight on another planet just a few days ago. That’s absolutely wild.

Never fear though, because Kmart is here to make us question the ethical use of robots once again.

According to IT News, after successful trials in the US, Australian and New Zealand Kmart stores will all soon be fitted with a brand new bot called TORY. And I actually think I might like this one.

TORY’s job is to scan RFID tags on items in the store to update stock. The reports are stating it increases apparel stock accuracy from 60 to 95%.

If you’ve tried to buy almost anything online from Kmart in Australia, weirdly especially the clothes, you’ve probably had a bit of a fun time. Almost everything I ever want is out of stock, and if I don’t find that out by checkout I do a few days later when they refund it and send me out the extra things I purchased to make free shipping instead.

Even my physical retail store is horrendous for stock. I walk into my Kmart expecting not to find things with the hopes that I’ll get lucky. It’s like roulette for cheap bastard shopping but every number the ball lands in is out of stock somehow.

Having a robot like TORY roam the store checking RFID tags to make this a better experience sounds like a win to me. It can even locate where the items are and flag things in the wrong spot. I don’t know if it’ll mean my Kmart has more stock but at least I’ll be able to find it.

It also feels like a good job for a robot. It’s fair that in a capitalist world when a job goes to an unliving, unbillpaying, metal tank it’s not always for the best. As unfortunate as it is, we kinda need those jobs – at least until we get a universal income and the profits from using robots over human labourers get put back into the community to create more opportunities.

But this job is like stocktake but every day. Anyone who’s worked in retail has done a stocktake and they suck. You scan literally everything in the store, get yelled at by managers for missing items, and stay late into the night. It’s the worst day in retail and there aren't even customers involved.

I’m really hoping that TORY will enable my Kmart purchasing without slowly pushing more and more people into poverty, but given it’s being made and implemented by a large corporation I’ll remain ever suspicious. 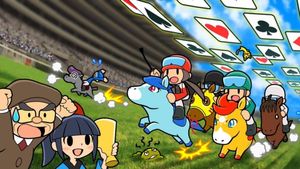 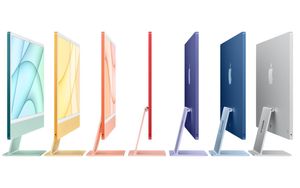