Giving AI too much credit is a big issue that needs to be considered in the mix of how we improve the ethical structures around its use. If it isn’t as good as we’re told it is, why is it allowed to play such a big role in parts of our lives?

Kate Crawford is a very excellent Australian academic and researcher in the world of technology and AI. It’s been a few years since I first spotted her use of the phrase “digital phrenology” but the idea really struck me again with her latest piece in Nature.

AI is generating reports, insights and guidance that is given the assumed air of Truth greater than we mere humans could have come up with… but how often is that just reading the tea leaves with no real foundation beyond some assumptions attached to an algorithm?

We dig into these questions a lot when it comes to matters of bias. Race, gender, education, postcode. But what about wider questions of ‘sentiment tracking’ and ‘productivity assessment’?

Even our belief that AI is now so good at predicting our desires that it shows us the perfect ad at the right moment. I’ve often struggled to argue against that idea myself because sometimes it feels so uncanny, but like noticing the clock at 11:21 (hi X-Files nerds) or 13:37 (hi gamer friends) we need to consider all those other ads we scrolled past that we didn’t notice because they weren’t so ‘perfect’.

Giving AI too much credit is a big issue that needs to be considered in the mix of how we improve the ethical structures around its use. If it isn’t as good as we’re told it is, why is it allowed to play such a big role in parts of our lives?

The EU is considering a draft proposal that looks at banning algorithms and AI from many areas of our social lives. But experts question the vague and loose definitions – if you’re going to pass big laws, you need to get them right. It’s hard to come back to them again a second time to fix the mistakes.

But hey, they have a draft. They’re considering how to rein in what’s already impacting deeply on our lives in an entirely unregulated fashion.

We need to stop thinking that the data holds all the secrets to our inner workings. Digital bumps on the skull are not where the truth lies.

It’s wildly dangerous to let businesses and governments make massive decisions on how the world works because an algorithm told them so.

The pandemic is being used as a pretext to push unproven artificial-intelligence tools into workplaces and schools.

Often it’s best to ignore people who are shouting lies into the world. Other times it’s very good to eviscerate them in long form.

The Flash animation series from the early 2000s, revived by the Brothers Chaps (aka Matt Chapman and Mike Chapman) started in the George W. Bush era and endured through the takeover of the internet by Facebook and Twitter. But the online comedy was simple, and may never spoil.

Don’t forget to follow Bits in your favourite podcasting app now! Eight headlines a day in less than five minutes. Loads of tech with a sprinkle of science, games and culture stories in the mix.

Chinese car manufacturer BYD is set to bring release the cheapest electric car ever sold in Australia & here’s what we know so far.

'What Drives Us', a documentary about rock bands whose earliest tours were made by van

What Drives Us is a feature length documentary about rock bands that started out touring by van, directed by Dave Grohl of The Foo Fighters.

Today we can appreciate Japanese woodblock prints from sizable online archives whenever we like, and even download them for ourselves. Before the internet, how many chances would we have had even to encounter such works of art in the course of life? 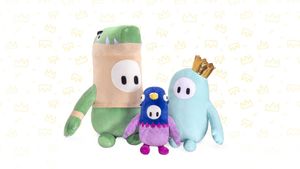 
Fall Guys is getting plushies thanks to Aussie company Moose Toys


So what are the most popular Pokémon worldwide? 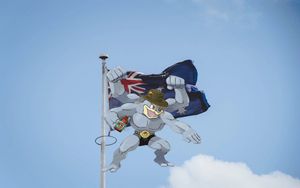