Comfort, great battery life and a seamless union of simultaneous Bluetooth and 2.4GHz sources makes this the headset I'd been hoping for.

I've always had a soft spot for Steel Series. Back in my early freelance days I did a massive round up of gaming headsets for Atomic magazine – shout out to the old school Atomicans out there – and I was blown away by the quality of what Steel Series served up with its original Siberia v1. A wide soundstage, a comfortable design, and crisp, clear game audio so you could hear what felt most important in the heat of the moment.

I actually still have that headset in the house and it's used regularly by my kids. Unlike many other headsets over the years, the materials have hardly aged a day. No crumbly ear pads. They just keep doing what they do.

The fundamental victory here is seamless dual-channel wireless over 2.4GHz wireless to a USB dongle and Bluetooth at the same time. 100% life changing for me at my desk.

I work on an iMac for all of my daily grind work across my publishing and podcast work routines, and at the same desk I have my Windows PC setup for gaming. I love my setup. I love being surrounded by screens. But it's always been a pain to switch back and forth between headsets for different tasks. Even trying to leave the iMac mostly on internal speaker mode and the PC on headset leads to feeling split between worlds. What's 'inside' my head right now vs 'outside'? It's far from ideal.

The Arctis 9 wireless has made this feel truly seamless. The battery life claims 20 hours and for the most part I've found that I've needed to charge roughly every other evening, which seems about right given I generally work long hours.

On first setup I found the headset would keep shutting itself down from one connection or the other all too quickly, which seemed like a power saving function that was more annoying that useful. But once I dug into the Steel Series Engine software controls I found I could adjust the inactivity shutdown timer and also set Bluetooth to auto-startup so that it always connected to the iMac anytime they're switched on.

The settings also allowed me to set the surround sound and stereo profiles – whether for gaming, or to mimic a large or small room environment, or for using the DTS 7.1 surround sound profile – and bass and dialogue enhancements were also here. I'm never sure about those surround sound emulation setups but I've found the sound stage of these headphones to be really nice for gaming and general use, while I do find the EPOS headsets I've reviewed recently and headphones like the AirPods Max are superior for serious music listening.

I love switching bass enhancement down to ZERO because too many gaming headsets get carried away on that front, while having dialogue enhancement has felt nice, especially for clarity of speech when playing online with friends.

The settings also included equaliser presets – flat, bass boost, reference and a smiley option that basically boosts the top and bottom end because hey, why not paint a smiley across your equaliser for kicks.

I mentioned earlier that I work long hours and I've found this to be a seriously comfortable headset. The soft elasticated headband system keeps the weight feeling just right and the ear cups sit lightly on the ears. They are not trying to do serious sound isolation and that's just the way I like them.

Though I largely work with a desk mounted Rode mic for a lot of my needs, I've found the retractable mic has done a perfectly fine job when gaming with friends and the odd video conference where I haven't switched on my podcast desk. A physical toggle button and red light makes it clear when you have switched your mic to mute or not. Just don't forget when you've muted physically and you get confused about why you're not talking after you've unmuted in Zoom. Not that I've ever done that…

That Bluetoo th feature also means, of course, that you can also use these on the go with whatever mobile tools you prefer. That retractable mic means it can look a lot more subtle if you're not boomed up, and they recharge over micro-USB so you should have little trouble keeping them topped up. There's also an LED indicator near the power button that trends from green to red as your power level runs down.

And if you really are thinking "screw all that wireless, I just want to plug in a cable and get on with it" the Arctis 9 does include a wired connection port – just add your own cable. And the USB dongle also plays nice with PlayStation as well as PC formats (the 9X is designed for Xbox). That dongle also includes extra audio I/O so you can feed out of the dongle and into your desktop speakers too, further ensuring this great headset sits nicely alongside whatever else you're running in your gaming audio setup.

There's just so little to complain about with this headset. I really thought I was going to give them a blast over the power save functions until I worked out how to set power and Bluetooth usage to exactly how I wanted them to function and since then I've been in heaven. 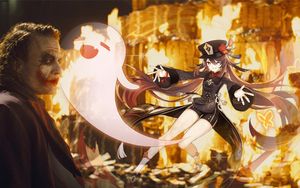 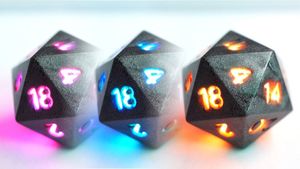