The Ingenuity helicopter, strapped to the Mars Perseverance rover, has finally confirmed its first flight date on the red planet.

If you checked out the Perseverance Mars landing, then you might have seen a bunch of talk about a nifty little helicopter onboard. Well that little drone, known as Ingenuity, has finally got it’s first Mars flight date, April 8.

That’s almost 2 months after Perseverance touched down on the red planet, which seems like a long time. However, it turns out there’s just a tonne to get right when it comes to flying around on hostile planets.

As TechCrunch explains, this is kind of a one shot deal. First an appropriate airfield needed to be identified where the rover can place Ingenuity. But even this placement is a pretty big deal, so even verifying this location will take about 5 days.

Thanks to the nature of hurtling through space to land on a distant dusty rock, Ingenuity is fastened to Perseverance (which btw is powered by a 1998 processor) in a very secure manner. Because of this, NASA only gets one shot to release it so everything has to be perfect.

Upon release, Ingenuity will remain connected to Perseverance for an initial charge, before being left to fend for itself on the surface of Mars. Or, hopefully 10 feet above the surface, as it makes its first flight that day.

This first flight is incredibly important because this is such new ground (sky?) to be breaking. This is where we get to see if all the preparations made on Earth hold up on an alien world. Mars is wildly different to Earth, with an atmospheric volume that doesn’t even hit 1% of ours. No matter how this fares, it’s so new and interesting a challenge we’re bound to learn a lot about what it takes to take off on other planets.


So polished it's lifeless 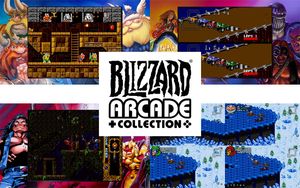