How Australians can watch the Mars Perseverance Landing

The Mars Perseverance rover will attempt a landing on Mars this Friday morning and you can watch it live. Here's how.

NASA is adding another member to the mechanical population of Mars, and you can watch it happen live.

NASA’s Mars Perseverance rover will attempt a landing on the red planet on Friday morning for us Aussies. This particular rover is tasked with finding signs of life on Mars, so we know if it doesn’t make it it’s definitely alien sabotage.

Though if you’re not that into Mars, you could always try for a piece of space to own, or maybe live on a cool asteroid belt instead.

Perseverance is equipped with a lunchbox sized tool called the Planetary Instrument for X-ray Lithochemistry, or PIXL for short. It’s job is to take and analyse close up pictures in 3 billion-year-old rocks, seeking chemical signs of microbial life.

Now her invention is going to Mars as a part of the Perseverance rover. What a total badass. You can read a bit more about her work in this article by the ABC.

Sad that it won’t get to meet the decommissioned Mars digger after it’s final farewell.

To watch the epic landing, tune into NASA’s YouTube which says the stream will start at 06:15 am on February 19, AEST. Often there’s pre-stream coverage you can hook into as well if you’re inclined to be a seriously early bird.

It should be an entertaining one. It's set to be very similar to that of Curiosity back in 2012 as the Perseverance rover is about the same size. Also due to how long transmissions between Earth and Mars still take, most of the process will be automated. It’s sort of like watching a baby robot spread its wings and… uh… land for the first time. 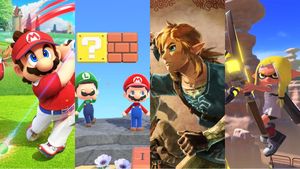 
Literally everything from the February 2021 Nintendo Direct (it's a lot)


Microsoft and Xbox continue to lead the way with game accessibility 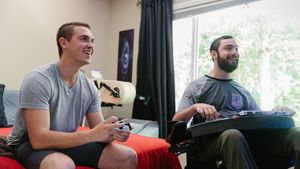