A Finnish physicist has proposed the idea of building an inhabitable space station orbiting the dwarf planet Ceres.

Excited for life on Mars? Well one physicist thinks we should be looking a bit further out instead.

There’s a lot of talk in recent years pushing the idea of colonising Mars or other close potential homes like our moon. Unfortunately, the issue is we really aren’t there yet.

Building habitable spaces on these incredibly hostile and alien environments is a long way off, let alone terraforming whole planets to try to bring conditions closer to Earth.

Pekka Janhunen, a physicist at the Finnish Meteorological Institute thinks we need to dream a little bigger.

Janhunen proposes that instead of working towards life on an already established celestial body, let’s build our own. Rather than living on Mars, we should be looking towards building giant satellites to populate instead.

In a paper published on the arXiv preprint server, Janhunen outlines the proposal to place a large satellite in orbit of a dwarf planet called Ceres. The small planet is located in the asteroid belt between Jupiter and Mars and is rich in nitrogen, water, and carbon dioxide.

In the theory laid out, this positioning would allow for a satellite to take orbit of Ceres while still being close enough to build a space elevator to the dwarf planet. Thus allowing people to use these resources to potentially not only build most of the satellite, but also to support life.

So how likely is all this? Well space elevators are a concept NASA and other research groups around the world have been toying with for a while now. The theory seems sound and many countries are aiming to have one built by 2050 here on Earth.

But we haven’t built one yet, and they are likely to be incredibly expensive affairs to construct. However once up, the theory is they’ll drastically reduce the cost of transporting materials and maybe even people out of Earth’s atmosphere.

So that only leaves the building a huge satellite housing and protecting a minimum of 50,000 people out in space. Fully equipt with housing, recreational spaces, agriculture areas, and everything else we need to survive. It’s like nothing humanity has ever really achieved before which will obviously come with it’s own hurdles.

The biggest one is probably money. And greed. Here’s hoping the plan doesn’t include some sort of indentured servitude like Elon Musk’s ideas for Mars. You know, when he's not helping to suddenly send an app into mass popularity.

But the idea itself is very cool, and it’s nice to see multiple plans for the spacefaring future of our species. Put this one right up there with Dyson Spheres for things I wish I could live to see. 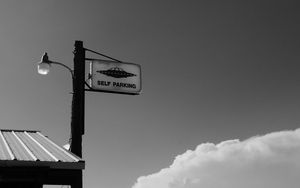 
Zero Latency VR review: think bowling or climbing but with a tech twist 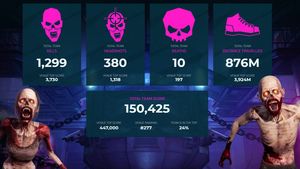