Staggeringly beautiful hunks of space are being auctioned off this month

You can check out the auction of dozens of beautiful pieces of moon, mars, and asteroids ranging in price from sub $1k USD to over $200k USD.

It turns out, you don’t have to be one of Earth’s richest men to fight over space. It only takes a few thousand dollars to own a piece of it, and some of them are staggeringly beautiful.

Online auction site Christies (Spotted by Live Science) is hosting the sale of dozens of space rocks. The rocks vary from bits of moon, asteroids and meteorites, to pieces of Mars. Most were found here on Earth but contain wonderfully alien properties in their stone and metal makeups.

The items up for sale vary hugely. There’s marvellous balls like the Rare Lunar Sphere forged out of the ample supply of lunar meteorites recovered on the Mauritanian, Western Saharan, and Algerian borders two years ago. Or the fascinating crystal embedded pallasite, the Seymchan Meteorite Sphere. Both of which are expected to go for over $20k USD.

Larger and more naturally formed pieces, like the proudly named The Fourth Largest Slice of the Moon, or the Gibeon meteorite formations -- which appear as wonderful abstract sculptures -- are expected to pull over $200k USD a piece.

There are even a few items that don’t even hit the thousand mark, like the Gibeon Iron Meteorite slice which has a pattern on it so cool it’s almost a painting as well as a sculpture.

Sadly, but probably rightly, for most of us buying a piece of space this fancy probably isn’t going to happen any time soon. But to put it into perspective, you can buy an official 30-50mg slice of the moon for around $70 USD and tonnes of sites out there will sell you bits of what are probably meteorites in jewellery.

But they probably aren’t going to be as cool as these literal hunks of space majesty either. I know, I don’t need any of these, but today I am definitely feeling the absence of a huge beautiful chunk of space rock in my life. 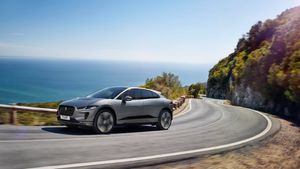 
Cryptocurrency criminals are making themselves easier to catch 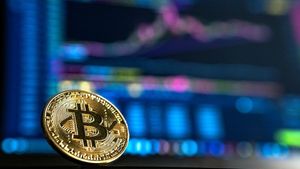