Diablo Immortal hands on: yes, this deserves a place on any phone you own

The Technical Alpha just wrapped up, so what was it like to play? Here's why we're excited by this excellent Diablo mobile experience.

Over the past few weeks, Blizzard has run a Technical Alpha access program for Diablo Immortal. I've spent some time enjoying the game and, to put it simply, if there's still any haters out there it's time they shut their faces and get ready to enjoy some demon killing on their phones.

Let's get it out of the way. Yes, the way it was announced opened the door to an explosion of frustration from PC Diablo fans who felt their beloved game franchise had been sidelined for too long. But the idea of a Diablo mobile game was always a good idea. Yes, we do own phones. We do spend time twiddling our thumbs wondering how to spend a spare 5 minutes without disappearing down a social media hole of despair.

Why go to Facebook hell when you could go to actual hell for a while in Diablo Immortal?

I didn't hit the level 45 cap offered in the Alpha, so I didn't explore the Paragon system. But what I can happily report from my experience is that this game absolutely deserves a place on any gamer's phone.

The big victory is that this is honest to gods Diablo 3 vibes on a mobile. The world, the feels, the sound, the gameplay. It doesn't take long to get in the groove with the virtual thumbstick and the power grid on the right, and there's plenty of customisation for your character build to make it feel just as unique and varied as you expect from Diablo.

There's a suitably heroic story to play through, there's stylish mini dungeon romps that are nicely refined to suit quick play in a mobile context, and there's Elder and Challenge Rifts to push through. Everything is designed to give you quick access to fun and progress whether you have 5 minutes or a spare hour or two.

Navigation in Diablo Immortal is also a breeze. Teleports are distributed widely, and by choosing a dungeon your character will auto navigate to the destination by the fastest possible route. That can mean running through a field of enemies along the way, but from my experience nothing ever stopped me from letting the navigation continue. If I did choose to stop and kill something, the navigation had a clear 'pause' on screen so I could resume going to where I wanted as soon as I was ready.

I liked this scheme better than just a teleport anywhere type system that might make things even faster but would essentially remove you entirely from moving through the world.

The second win is that there is a LOT of game here without ever being required to spend anything. There are no energy systems that stop you from enjoying the game as much as you like without paying, and no other gates in the way of just crushing waves of enemies anytime you want. You can play Diablo Immortal as often as you like and you'll get dozens of hours of fun here and never buy a thing with real money.

The incentives to spend are very much focused on those eager to push endgame content. There's a Battle Pass system with rewards of gems and gear and currency for helping you optimise your build.

There's "First Kill of the Day" rewards that also give useful bits and pieces, and all the loot piñata goodness you expect from slaughtering monsters in a Diablo game. So it isn't a requirement in any way, but getting extra cool things to use and wear is always a plus if you love the game.

My only complaints with the game were interface related. I hope there will be a way to close the quest menu to enjoy the gorgeous environment more immersively. It often felt too obtrusive. And sometimes the movement felt a little unresponsive. Both may well be Alpha complaints. But if this game launched as is, I'd be playing the hell out of it.

Here's a swag of extra screenshots from the Alpha for you.

From this first taste of an incredibly well polished game, expect Diablo Immortal to be a hit with fans on mobile. Anyone who refuses to try this game on some kind of warped principle like they're holding a three year old grudge is just hurting themselves.

Yes, we own phones.
Yes, Diablo Immortal deserves to be on them. 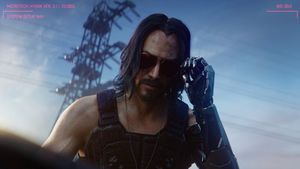 
20 shining lights of 2020: things that made a bad year brighter 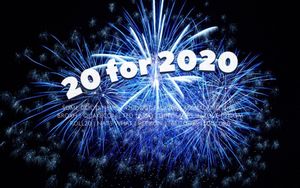