With Sydney getting its first Zero Latency, we catch up with CEO Tim Ruse to look at the history and future of these freeroaming VR centres.

Sydney, rejoice, because we finally get our very own Zero Latency VR gaming centre. First opening in Melbourne back in 2015, Zero Latency has been one of the leaders in untethered, free roaming VR gaming experiences in the world.

After devising a backpack VR system that could track groups in a large warehouse space, Zero Latency was so fresh and exciting that PC hardware companies started trying to design hardware that would support this kind of setup.

Over the years, Zero Latency has opened in 46 locations across the world, with Australian locations in Melbourne, Perth, Gold Coast and Brisbane. So Sydney has been in that special realm of soon-but-not-quite-soon for a good long time.

But as of December 1, Sydney got its wish and there's now a Zero Latency VR gaming centre in town.

Tim Ruse is the CEO and co-founder of Zero Latency and in the latest High Resolution podcast we talk to Tim about the five years of Zero Latency since it launched in Melbourne, how the tech has evolved, and how they've developed their experience.

They've worked with hardware companies to help make their backpack and tracking technologies work better, and they're even working with Ubisoft on a Far Cry experience for 2021.

If you're at all VR curious, or already an uber fan, Zero Latency is a great idea for some holiday fun. You can book now for Sydney, or any venue, via zerolatencyvr.com. 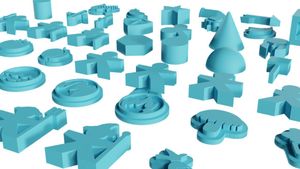 
BuildBee and the future of easier 3D printing for everyone