The Church of the Holy Sweet Roll: a unique Australian lore story for The Elder Scrolls

From weird origins at PAX Aus to references in Elder Scrolls Online. Welcome to this bizarre and deeply wholesome gaming community.

Gaming communities can be one of the most unique and essential parts of the larger video game experience. Some of those communities are driven by friendship, others by charity, but some have more bizarre origin stories.

The year is 2016. The place is PAX Australia. I arrived bright and early thanks to Bethesda offering free sweet rolls to early comers, as a promotional thing for one of the various Skyrim re-releases. Never one to turn down free food, I arrived in full Elder Scrolls cosplay (though it wasn’t mandatory for the food, I’m just extra) and got my free breakfast.

Day 2? I did the exact same thing.

But this time I noticed something as I lined up to receive my sweet roll. There were people wearing hats made from boxes. One man had some kind of suit of armour. And, in a corner, was a tower.

‘Cult of the Holy Sweet Roll’ a sign on the tower proudly proclaimed, alongside a hashtag and a Facebook link. Intrigued, I came back to this spot several times to find the tower had grown in size. I was later told by a reliable source that the tower achieved a total height of around 6 metres.

But it was clear this had moved beyond a random joke, and was now some kind of full blown community after only a few days. Multiple people proudly wore their hat boxes and armour. They gathered around the tower like some kind of Holy Monolith. Something had begun.

Cut to 2019, when the now renamed Church of the Holy Sweet Roll was given a surprise gift at a Bethesda Elder Scrolls themed party. Noel Wheatley, prior Bethesda community manager, got up in front of the crowd and proudly proclaimed that this had grown from a meme, to a community, and now it was revealed that in had also become an in-game reference in The Elder Scrolls Online.

The room erupted into celebration, literal tears of joy, and it was at that point I needed to know more. I needed to know exactly how this had come about, and what the journey to this point looked like. Wheatley, as well as Henry Camenzuli and Callum Grant (Founder of the Church, His Rolliness, the Holy Pastryarch) from the Church, were more than happy to tell me the whole story.

It began simply enough, through the combination of not having enough bins and the innate need all of us have to put stuff on our head.

“We got there super early in the morning, running on three hours of sleep,” Grant explains, “and we finally get into the queue room and we see these sweet roll boxes and we’re like, ‘oh my god this is amazing’."

"Because we got there so early, they hadn’t set bins up or anything. In my decaffeinated state I was kind of looking around, couldn’t see a bin, didn’t really want to litter, so I took the eco friendly option to wear it like a hat.”

Camenzuli chimes in at this point, saying their friendship was started almost immediately by the fact the two of them were early adopters of the hat box, saw each other from across the hall, and immediately bonded.

Others soon followed. There were no bins. More and more sweet roll box hats began to pop up, at which point, according to Grant, it all just kind of “spiralled out of control”. Before they knew it they wound up with a tower, made from the boxes donated by kind fellow con goers whether they were true believers of the Church or not.

The tower itself had become a monolith, so large it required a late night run to a nearby Officeworks in order to get duct tape to hold it together. Dozens of free lanyards were tied together into a guide wire to keep people at a safe distance.

The official Bethesda involvement, however, wasn’t until day 3.

“From the first day of PAX AUS that year, I had noticed people gathering the boxes and making armour out of them, and on the second day I noticed a structure starting to form, but it was the third day when it really happened," says Wheatley.

"I was down the far end of PAX getting ready for a panel that was starting at 10am, when Guy ‘Yug’ Blomberg [then PAX Australia content chief] called me and told me to get to the queue hall right away."

"It sounded urgent so I quickly made my way to the queue hall and entered via the show floor only to be met with chants of ‘Sweet Roll’ coming from the crowd that was praying to a "spire" of sweet roll boxes in the corner that was almost reaching the roof. As I got close to Yug and expressed my amazement, he pushed me forward, pointed at me and yelled: ‘He's from Bethesda!’"

"The crowd turned, I assumed I was about to meet my maker, and they started to bow and chant Sweet Roll at me, from that moment I knew that they were my people."

It wasn’t long after this, the ‘Cult’ instead became a ‘Church’, and Bethesda, both their Australian based community, and the larger international community, became a fast fan of the strange new sweet roll based fandom.

Wheatley soon went to the higher ups to start making various pitches. The first of these was an official Pinny Arcade sweet roll pin. Just a generic sweet roll in appearance, suitable for their overall brand, but a very deliberate and intentional nod to the Church, being only available in Australia.

From here, though much of the exact process is buried under NDA, Wheatley began to push a little harder for the Church to become canonized within the very lore of the Elder Scrolls series itself.

The process took several years, several PAX Aus Church meetups, and over that time the community continued to grow. And it’s when talking about the community that everyone in the Discord starts to get a little teary-eyed. It’s a beautiful, overwhelming moment.

“I would literally never expect something that started as a half-conscious joke one day four years ago, to now,” Grant, at this point, is absolutely beaming. “We have over 400 members from around the world. We have a little chat group on messenger with the original group that we’ve had since 2016.”

“And just the emotional support I've gotten from them over the years, when I've had bad moments in my life or when I've had great moments, those guys have helped me through everything. I'm not gonna cry.”

It was too late. We were all shedding tears.

“PAX Aus is a three day show, and then I'd go back to work, back to the grind, and just leave it in the past and have a good memory. But a group of us decided to get on a Facebook chat together and connect as friends. And we kept that going. And when the next PAX came around, we're like, well, let's do something again.”

It was this very community that Wheatley managed to pitch to Bethesda, saying that for him, “the church represented the purest part of what a community should be. It was something that came organically, you all came together, you will work together. It was amazing and wholesome.”

There's no mistaking that everyone knows free food at a con is always a good promotion. But even then, no one at Bethesda could have predicted free sweet rolls would spark such an organic fan community and possibly the world’s most wholesome pastry-based cult.

Wheatley himself soon became ‘the Holy Sweet Noel’. Even Pete Hines, Vice President of Bethesda himself, made time to commune with the Church on a visit to Australia. It is said that he took gifts from the Church home with him, and that to this day, one of those very gifts sits somewhere near Todd Howard himself.

The integration into the game, at this point, was almost inevitable. Everyone was on board, and a small tribute was added to the Greymoor expansion for The Elder Scrolls online that can be read in full at the Wiki page. Here’s a small part of it:

Just like the Church itself, it’s a delightful little oddity that’s a part of the larger experience you perhaps not might find unless you were looking for it. But having stood in a room full of Church members hearing this information for the first time? It was a breathtaking reminder of the importance of fostering and embracing positivity in gaming communities. 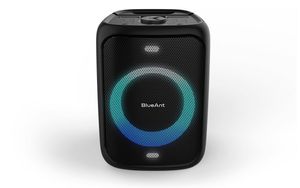 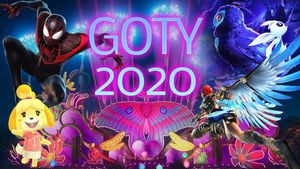