YouTube and Google have always had an odd and unclear relationship with music streaming, but it seems all that is about to change.

According to Protocol, the megacorp has big plans to come out victorious in the digital music content wars and the idea is more convincing than I expected.

The rocky history between the platforms and music mostly comes from indecision. Google and YouTube have had several jabs at the industry, with things like Google Play Music and YouTube Red.

This death by a thousand cuts approach ended up just confusing and alienating most consumers. Constantly changing the platform, making it hard to tell what you even get, and bundling things within other subscriptions has left Google a bit out in the cold.

And let's face it. Google changes the rules a lot. Sometimes it's for the better like this update to Chrome to try to stop it being such a CPU hog. Other times it's less welcome such as the sudden end to unlimited storage for Google Photos.

YouTube Music, the hopefully less flavour of the month method of delivery the company is currently going with has around 30 million paid subscribers. It’s doing fairly well but when you consider Spotify pulls in 144 million and Apple Music holds more than 60 million, they’re well behind the curve.

But as Protocol rightly points out, YouTube has an incredible ace up its sleeve with the diversity of content on the platform. It’s already a huge part of people’s lives, outside of video. They already have the market logging in every day, they’ve just got to convince them to do it for this too.

And YouTube absolutely has the power to do this. Not only can the company afford to just throw money at this, as it has the previous failed experiments, basically until the end of time but there’s power in the platform.

Most music services can only show you the song. YouTube can show the song, the video clip, the mashup, the history of the song, the band talking about writing the song, covers, and fans discussing the music. There’s so much more depth on offer for music fans, that it’s almost baffling that the company hasn’t completely consumed the industry yet.

So it makes sense that they’re really buckling down. The company has initiatives like Foundry and Artist on the Rise as well as what sounds like a very active PR relationship with budding musicians.

It’s even allowing for more methods of creation like selling tickets to virtual concerts. We’ve started to see these kinds of events pop up in games like Fortnite and Roblox to interact with fans and be greatly successful. No other music streaming platform really has the ability to do this sort of self cross promotion for music like YouTube.

That’s why this new consolidation of Google’s music services into the YouTube Music service is key. Anyone with YouTube Premium will already have access to it but if not it’s currently a tiny bit cheaper than Spotify.

It looks simple, consolidated, easy to use, and like an actual music streaming service which offers a bit more than your usual. Currently it seems a bit glitchy and still in need of features, but if Google can get its act together this time, it’s going to be huge. 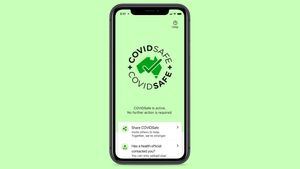 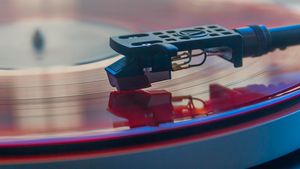