By every measure, the future demands creativity. It demands a return to the raw pursuit of ideas. And supporting nerds in their pursuit of amazing innovations is fundamental to the problems we face.

Why are so many old white men so scared of the pursuit of knowledge?

It’s a question that haunts me on a daily basis. I love knowledge for its own sake. My greatest dread in life is that there will never be enough time to read all the great words and to know all the things worth knowing.

I abhor this idea that people who love to learn need to be put into ‘real work’. Work that lets you see with your eyes what was achieved in a day. How much you painted, built, paved, or dug from the ground. A deep suspicion for anything that can’t be held in your hands.

The denigration of brilliant thinkers and creatives for the very act of challenging status quo. The kind of status quo challenging that drove our progress since the Enlightenment, when the drive to place reason at the heart of society led to three centuries of explosive advancement in science and thought.

The kinds of advancements that led to their beloved coal-powered world. That made Capitalism possible. That championed free markets that have now devolved into protection rackets that aim to stall innovation from dethroning the people who made friends with politicians in the 20th Century and now want to stop the world from moving any further forward.

This is the Unlightenment. And it began in Australia long before a reality star won the Presidency in the USA.

Always with the crappy excuses for why clean, renewable fuels aren’t good enough, and that rather than invest and promote solving the small handful of remaining problems there it’s better to double-down on the old, dirty fuels. Because somehow there is ‘work’ in digging up coal but they pretend there’s no jobs in installing and maintaining solar arrays and wind farms.

We’ve had a government that has said it wants to “build the roads of the 21st Century” and literally means roads, while undercutting our actual 21st Century road network, the NBN.

Four decades of evidence that ‘trickle down’ doesn’t work and their still selling the same old schtick. Or the repeated lie over recent weeks that jobs are always available to anyone who wants one – regardless of what the evidence says. And if you decided you want to get a better education while the jobs aren’t there, you’ll have to live in poverty and pay a lot of money because education is the wrong kind of work to pursue.

What do they fear? Like churches and royalty of the 17th Century, it feels like a fear of loss of control. That advancement is not their wheelhouse even if it was for their ancestors who got us to today.

At its worst, it could be the Protestant ‘work ethic’ that we’re only supposed to hate the jobs we do. Any job that lets you enjoy yourself and get paid for doing it must be the Devil’s playground. With a heavy-handed return of religion to the public square (sorry, public-private partnership).

So what’s this got to do with tech, games and digital culture, Seamus?

By every measure, the future demands creativity. It demands a return to the raw pursuit of ideas. And supporting nerds in their pursuit of amazing innovations is fundamental to the problems we face.

Give the scientists real funding. Then listen their findings.

Support creative industries – because we are nothing if we are only defined by our work. They want to sell us giant TVs but then pretend that anyone who wants to work in the videogames industry is unworthy of the same support given to the film and TV industries (looking at you, federal and NSW governments).

Give libraries and public schools more than they *need* so they can be what their communities need them to be. Too many great thinkers are lost to a lacking education system simply because they came from the wrong town or went to the wrong school.

The Australian Coalition government loves to claim Australia should be run like a business. If that was true, Australia would be a Kodak. A Video Ezy. Clinging to the vestiges of old business ideas because that’s what they know how to do. A world sailing past them, leaving them stranded in their stubborn belief in the good old days.

Actually, that second example is a bit harsh. Video Ezy found a way to stay relevant by creating a kiosk experience for those who still want to rent discs.

For whatever reason, it’s the 21st Century itself that remains under attack in Australia. Deny the future. Cling to the past.

Why this rant today? I’ve been sitting on a draft of this rant for a couple of years, actually. The end of 2020 feels like a good time to plant the flag and demand a reset. A refocus. Everything about this year has proven again and again that technology has a huge role to play in making our daily lives better in the face of a crisis. To help us work smarter, to stay connected, and to be entertained and informed.

I hope you’ll stick with the Byteside team and I as we try to add informative and fun coverage to the Australian marketplace of ideas in the year ahead.

We’re also launching a new Byteside membership system next week! Out of the gate the system is about showing support for our effort to pay our contributors and be a new space for smart, clever voices on digital culture in Australia.

No paywalls, just a show of support. But we will launch with a monthly prize draw exclusively for Byteside members. Every member will be in the draw every month for cool prizes thanks to our friends across the tech and games industry.

Sound good? We’ll have all the details on byteside.com on December 1 and here in the newsletter next week. So stay tuned!

Subscribing just to avoid the ads

Another day, another example of artificial intelligence judging people unfairly based on their appearance. These are the challenges we need to be solving with the ferocity currently saved for debating ideas that should have died decades ago. Let’s get on with it!

With Snapchat's TikTok knockoff, social media companies are starting to look the same

As Snapchat matches TikTok’s feed, platforms are differentiating more by values than by features.

But, you know, AFTER the election… now that it looks like some adults might be back in charge soon. Quick! Tidy up! Mum & Dad are home soon!

Tool allows managers to use Microsoft 365 to track their employees’ activity. I’m all for output-driven productivity tracking. Let people work from anywhere and do their own hours as long as they hit their targets. But if this goes down to an attention level of ‘scoring’ it’s a horror show.

Xbox's Phil Spencer is sick of "tribalism" in gaming

Phil Spencer loves the gaming industry, but despises the attitude of fans who want to see competitors fail. Preach!

At least one of Australia’s top security agencies has “incidentally collected” data from the COVIDSafe app.

Intel Studios was operating a 10,000-square-foot stage in Los Angeles. It just couldn’t quite win enough Hollywood business to pay for itself, it seems. Hard to know if this is a COVID issue or an Intel issue or an AR/VR issue…

PSA for PS5: how to ensure you're not just running a PS4 version

Many are finding their brand new PlayStation 5 consoles are playing PlayStation 4 versions of updated games. Here’s how to check what’s what.

If you’ve been wondering how to get medical cannabis in Australia, this article goes through Hope’s journey from beginning to end.

Xbox Series X/S wireless headset problems are not just you

Wireless headsets are having all sorts of issues with the Xbox Series X/S. Fortunately, Microsoft is on the case and is working on a fix.

This feels like it was designed just for me. Go back and read my piece on how Bob Ross saved my sanity from 2019 if you missed it to understand why.

In a wonderful display of cyber whimsy, a man has booted DOS from a vinyl record, and even left instructions for others to do the same. So good.

D&D's most famous tavern, The Yawning Portal, goes on sale in April

This model is amazing and insane and should inspire plenty of Waterdeep dwelling adventurers to YOLO themselves into the depths below. 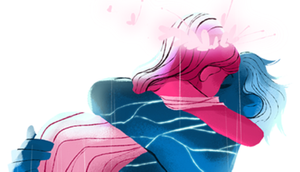 
Subscribing just to avoid the ads 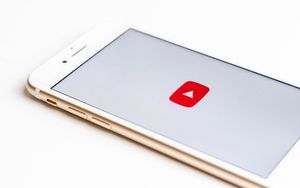