Criticism, skepticism, negativity. When the numbers start talking it's OK to start to get excited about what's really happening.

Over the past week we’ve seen the promises of Apple’s M1 processor shift from claims to benchmarks. And with that the arguments over whether the numbers were ‘crazy’ or fair can be put to rest.

It turns out those fancy new Apple Silicon processors are indeed a lot faster while also giving better battery life than ever. It’s impressive stuff. Are they 3x or 5x or other factors of performance better than the previous generation?

The Verge says it “exceeds every expectation”.

Engadget says it “redefines what an ultraportable can be”.

Wired says it blows past the speed limits of the previous model.

Those sorts of numbers, and then the deep dive benchmark reviews that follow, are fun to look at but they say next to nothing about the day-to-day act of using a computer. But the numbers are valuable when we know we can trust them. Because they help us quantify something that becomes apparent only now and then when we start using the shiny new gear.

That little moment when you wake up a laptop is one of those times. Or when you’re auto processing a bunch of photos in Lightroom. Or maybe it’s the 100 tabs you have open in Chrome.

I have a problem with how some journalists in the industry claim a position of skepticism that is based on little more than negativity.

Yes, treat claims carefully, but anyone paying a little attention to Apple’s progress in its ARM processor designs over the past five years should have appreciated that the company has been finding huge performance increments year over year over year, well beyond its mobile competitors. And in classic Apple style, the union of hardware and software helped it to deliver peak performance.

Geekbench test data has also been around for years, showing that iPads and iPhones have been getting better performance than many Intel laptops for quite a while.

I certainly prefer a journalist to bring a critical eye than one that is all too willing to believe the sizzle. But as we watch things over time, there should be a certain level of comprehension that something that sounds fantastic genuinely has the potential to deliver on the promise.

I’m yet to get hands on myself with the new Apple M1 hardware. But I’m very excited to see what it feels like for myself. I have some faith in the numbers, but nothing beats the lived experience. 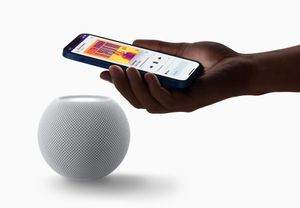 
Xbox Series X/S wireless headset problems are not just you 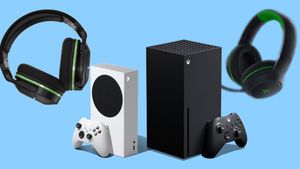