Apple halves its commission from smaller developers, but competing companies remain vocal about what they see as a monopoly.

Apple recently announced a significant shakeup to its App Store revenue model beginning in 2021, reducing the percentage it takes from 30% down to 15% for small developers.

Like many digital storefronts, developers fork out a portion of every sale — which in this case includes paid apps, in-app purchases and subscriptions — to the platform holder.

Any developer who has made up to $1 million USD in 2020 across all their products on the App Store is eligible to apply for the revised cut. If at any point they make more than the million threshold, the 30% rate then applies for the rest of the year.

It appears subsequent eligibility for the new program is based on the previous year's performance. This could potentially be counterintuitive for developers who have a strong year followed by a lean period.

It's estimated that 98% of iOS app developers will qualify for the App Store Small Business Program, according to the tech enthusiasts over at The Verge. Is this an indication the change will benefit the vast majority of developers? Or that Apple has been taking more on commissions than they should have for quite some time?

Critics of Apple's new App Store model include Epic Games CEO Tim Sweeney, who is quoted by The Verge as dismissing Apple's move as "a calculated move" designed to "divide app creators and preserve their monopoly on stores and payments".

Sweeney was instrumental in the Fortnite company launching the Epic Games Store, a PC game platform that famously takes only 12% of developers' sales, regardless of success.

A notable critic of Apple's business practices, Sweeney also compared his company's ongoing fight against Apple to that of historic civil rights movements, so make of that what you will.

One of the major critiques of the App Store from developers, including music streaming service Bandcamp co-founder David Heinemeier Hansson, is the tying to Apple's payment system, a significant component of why much of this fuss kicked up in the first place.

Epic Games, arguably antagonistically so, tried to sneakily add their own, cheaper, direct payment system to Fortnite on the App Store, resulting in its removal for contravening App Store rules.

Other apps have fallen afoul of App Store guidelines for similar indiscretions, such as film community app Letterboxd for including external links to optional membership upgrades instead of offering it as an in-app purchase.

Apple's commission reduction is ultimately a step in the right direction to better support developers, but no doubt we should expect the grandstanding between large companies will continue for some time. 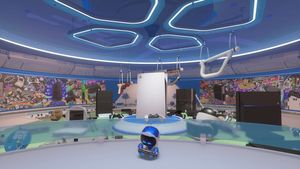 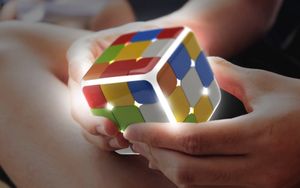