Pokemon GO officially good for your brain – but is it still true in 2020?

Research shows how good Pokemon GO can be for mood and memory, but have pandemic lockdowns – and recent game changes – hurt the experience?

We all remember that brief time in 2016 where everyone and their grandmas had installed Pokemon GO on their smartphone. For the first time, we walked our own streets with fresh eyes to discover they were filled with Pokemon – OK, mostly rattatas – in a beautiful and accurate recreation of the games.

Rachel Carpenter, a doctoral candidate from East Tennessee University, recently published an abbreviated look at her more in depth findings on how the game can influence our mood and empathy, which, in 2020, is a pretty important factor.

Naturally, all the obvious things like making people go outside and get exercise and interacting with other people are the more obvious points that come up. But a few less expected angles emerged too.

One of the more interesting findings was that those who began play in a bad mood ended their session feeling “significantly” better. Along with mood, it was also found that there were impacts on areas of cognition, such as our working memory (where we put all our temporary information) and verbal working memory in particular.

So basically, if you were in a crappy mood before you went shopping, if you walked to the shops while playing Pokemon GO, not only would you feel better but you’d also remember your shopping list, as well (gross simplification, but you get the gist).

But what does this mean in the Hell year that is 2020 when most of us are stuck inside (especially Victorians)?

If you haven’t played for a while, the game recently introduced a bunch of COVID-19 friendly features, such as shorter walking distance for eggs, higher Pokemon spawn rates, Team Rocket balloons that fly over your house, essentially everything to ensure you could enjoy the game as best as possible without as much need for the ‘going outside’ part.

For someone who lives extremely rurally without a lot of stops or gyms nearby, this has been fantastic. It actually got me back into the game, being an incredibly safe and accessible way to catch ‘em all when going outside is a little terrifying as someone in the ‘high risk’ category.

However, most of these changes were recently reversed.

Considering so much of the world is still suffering through a pandemic, this isn’t exactly ideal. Even outside one, it brought an amazing layer of accessibility to the game, allowing more people to discover the joy it can bring.

For Byteside’s own Hope Corrigan, who has been part of the Melbourne lockdown, instead of being an added layer of fun to the rare treat of being outside, she found it rather stressful, despite the game previously having been an incentive to go out.

“On my daily government allowed walks I found that pulling my phone out all the time to check what's around really takes me out of enjoying outside,” she said. “Maybe it's because my time out has been so limited I really wanted to focus on that experience, rather than clutter it with other ideas.”

Matthew Powell, an avid and passionate player in Sydney, found himself frustrated by the experience.

“At first the lockdown made the game almost unplayable,” he explains, “Not being able to walk outside freely made things like raids impractical, but also simple things like spinning 10 different Pokéstops a day for bonus stuff became impossible.”

He goes on to lament the loss of the social aspect of the game, with raids and community days disappearing and being replaced by versions you could do from home. However he says, despite the in person aspect fizzling out, the community became stronger than ever.

“The local Discord — previously used to organise raids, alert people to rare and high IV spawns, or brag about shinies — became much more of a community. A Covid channel was started up just to chat about life in lockdown.”

Powell is also delighted at the prospect of being able to join raids anywhere in the world, and hopes some of these new changes remain in place.

Psychology is not universal, and Pokemon GO is a subjective and personal experience, made all the stranger by… everything going on. And while the world is still the way it is, it’s difficult to recommend with those COVID-friendly features rolled back.

But, if you are looking for a mood booster, a memory booster, and a new hobby to take up for your own lockdown walks, perhaps this is just what you need. 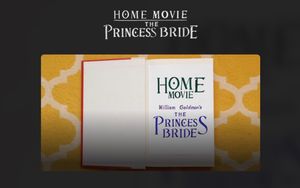 
We owned a bit of Quibi too? 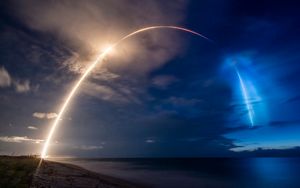