Reduced data, real-time translation, and even adjusting where your face is looking are all possible with NVIDIA's new conferencing technology.

Video calls are about to get a lot more bearable thanks to NVIDIA's latest announcement, which promises features such as reduced internet load, cutting background noise, and on-the-fly translation.

All of this comes off the back of NVIDIA Maxine, a platform that lets developers tap into cloud-based AI technology designed to take advantage of GPU acceleration and provide a better video streaming experience all around.

One of the biggest improvements NVIDIA Maxine will reportedly bring is compressing bandwidth requirements, reducing the data used while on a video call.

This works by the AI technology focusing on your face's main features, piecing it back together for the end product without replicating every pixel picked up by your camera — utter wizardry. In a demonstration video, this technique reduces a call using H.264 compression at 97KB per frame down to approximately 0.12 KB per frame. Amazing potential for those on lower data plans or work via congested connections.

Another nifty feature is the ability to cut out background noise, letting your voice be heard over construction work or children making a racket — bless their cotton socks. Although NVIDIA noise reduction already exists in the form of RTX Voice, NVIDIA Maxine appears to hand the tools over to developers to let them take things even further.

Automatic translation appears to be a particularly significant use case for NVIDIA Maxine's magic. As demonstrated in the video, conversations between people in different languages provide subtitles in both the speaker's language and also in the viewer's language, too.

Other video conferencing uses include realigning your face to establish eye contact with others — so I could potentially be playing my Nintendo Switch at my desk and keep up the appearance of paying attention... is that what you're saying, NVIDIA?

While it's unknown how long until all of NVIDIA Maxine's potential features release into the wild, it's pretty damn cool to see what cloud-based and AI technology developments are on the horizon.

And also a little bit scary, considering what AI can do to my face. 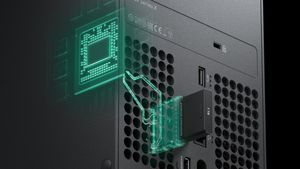 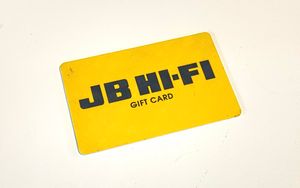