We rank the World of Warcraft Shadowlands Afterlives animated shorts because that's what websites do. Now let's get ready for pre-patch!

Look, it's the end of week one at the all-new, all-different Byteside, so we can't just sit back and say we really just enjoyed the Shadowlands Afterlives series of shorts and be done with it.

We have to rank things. Because that's what websites do.

Honestly, of course, I enjoyed them all. Each has sold a mood and planted seeds (well, sometimes literally killed the seeds) to prepare us for the adventures ahead. This is something World of Warcraft has always excelled at. Selling us the story and the reason we're about to go beat the snot out of thousands of weird and wonderful beasts, aberrations and other monstrosities on our way to dealing with a big bad or two.

But yes, our fourth place getter is in the "that was great" realm while our top spot is "forking excellent". With that said, let's do it.

It's sooo good to discover what Draka has been up to these long years, and the concept of an unyielding warrior being trained as a master spy to become 'the key' is very cool. I can't help think about the long, long years Draka has been there now, training for a moment that has now arrived.

The music in here gave such a sense of urgency. I'm excited to play this zone, but it couldn't quite get past the level of emotional impact on the rest of the list.

I'm not one of the vampiric fanboys who signed up for the Venthyr the second the expansion was announced. It's amazing how many there are! I was actually surprised by how little there was in this short in terms of 'story' compared with the others, but that said I just loved the surprise I got.

The lightness of tone and the 'born to rule' delivery of the speech / letter from Sire Denathrius, Master of Revendreth, was just gorgeous, and the way we learned of Garrosh being worked over as an anima battery is just wonderful.

Ursoc! URSOC! As a druid tank main since later stages of Legion, which means having wielded the Claws of Ursoc artifact and found them so precious, it was a horror to be given him back and then have him taken away. Such weight to the moment – and to have everyone involved treated with a righteous dignity throughout the story was wonderful.

I can't imagine aligning my druid with any other covenant, especially now. All hail the Winter Queen!

OK, when I said everything was at least a "great", this one stood head and shoulders apart. But, come on, this is the story beat so many have been hoping for for so long. Uther took his justice by sending Arthas straight to the Maw. The arc of this short was just glorious.

The rabid righteousness of the Kyrians is off the chart and you can see the glimmer of rebellion in Uther even as he delivers swift justice (swift in a celestial sense) to Arthas by casting him straight to the Maw. But what has that done to the balance of the Shadowlands?

So much fodder here, so many great questions I need answered as quickly as possible. Thankfully this is our first destination in the Shadowlands journey so we won't have to wait too long to learn some answers.

Bring on the pre-patch so I can get an army of alts ready to split my allegiances far and wide! 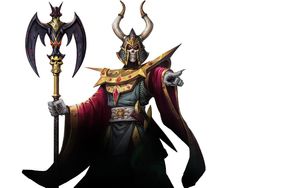 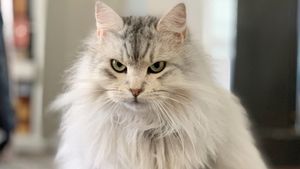