It's all about the Game Pass

If Microsoft wanted to win a news cycle, announcing its US$7.5B buyout of ZeniMax Media around 10 hours ahead of next generation Xbox pre-orders going live was a good way to do it.

ZeniMax Media is the home of some of the biggest studios out there:

This is the home of some of the biggest games out there. The Elder Scrolls, Doom, Dishonored, Fallout. The acquisition takes Microsoft from 15 studios up to 23 in its Xbox Game Studios family. 343, Rare, Mojang, Obsidian, Double Fine, Ninja Theory, Turn 10… and a bunch more.

This is also Microsoft’s third biggest acquisition of all time, behind only LinkedIn and Skype. And only slightly ahead of Github last year and Nokia back in 2015 (they probably wish no one would ever mention buying Nokia ever again).

There’s a lot of firepower here, and Microsoft clearly sees games as critical to the future of the company. So a lot of people are asking whether it means games like Elder Scrolls 6 will become Xbox exclusives.

The concerns make sense. But here’s the good news.

That just isn’t going to happen.

The perfect example is how it has treated Mojang. The Minecraft studio started on PC, but was available cross platform by the time Microsoft bought them out. Six years on, Minecraft is still available on all the platforms, and even offshoot titles like Minecraft Dungeons are available on Playstation and Nintendo.

Over on Xbox? Minecraft Dungeons is available as part of your Xbox Game Pass. You can still buy the game outright, and if you want premium extras like downloadable expansions you will have to buy a copy (as is the case with Forza Horizon 4 too). But if you have a Game Pass, they’re heading toward the ambition where all your favourite Xbox Game Studio games will be there waiting for you for that flat monthly fee.

What’s the worst case scenario out there? Perhaps some games will get a small window of exclusivity on Game Pass over the competition to reward subscribers. But the heart of the concept is just to keep people signed up and paying, knowing that they will get FREE access when the game lands and they’ll only have to pay if they’re loving it so much they want to upgrade to Fancy Edition.

Game development is becoming less platform focused. Engines are becoming more universal, so it isn’t a troublesome extra cost to Microsoft to let its biggest properties remain available on Playstation. The extra effort makes its money back and then some if the games are good enough.

Look at the wider context around Microsoft as a platform provider. As I discussed in looking at what Satya Nadella changed about the company, it is the increasing shift to be less worried about where your software runs and more focused on having customers who keep paying you for the services you provide.

Let’s jump to 2025. It’s late in the new console era. People are starting to speculate on PS6 and Xbox Series Whatever. Playstation is probably the biggest console by install base once again. But Microsoft? The Game Pass is now being used across smartphones with 5G anywhere, anytime. Just sync your Xbox controller to your TV direct or via a set-top box. Sony TVs will even run the Android app that lets you play Xbox without a console of any kind.

[Check out Hope’s hands-on with Xbox Game Streaming preview for Android. It’s the local streaming one, not the cloud streaming one.]

Microsoft’s long-term cares less about the box under the TV than the ‘Netflix of games’ idea of just keeping you signed up because you have all the games you need delivered to wherever you want to play them.

Adding the ZeniMax portfolio of studios is a huge win for that ambition. Not to stop others from buying these games on other platforms in future, but to add value to the service Microsoft wants you to give it $16/month for. That many will still buy these games direct is nice too, but not the main game.

In the announcement today, Microsoft also revealed there are now 15 million Game Pass subscribers. That’s a number that is growing fast. When Satya Nadella says “3 billion people look to gaming for entertainment” he doesn’t mean people who play games on consoles. He’s talking about everyone who plays games on whatever device they choose.

Bethesda’s Todd Howard talks about a shared belief in bringing games to more gamers, not less. “We should bring that to everyone – regardless of who you are, where you live, or what you play on. Regardless of the screen size, the controller, or your ability to even use one.”

That’s a huge part of where true cloud gaming will take Xbox gaming as well.

Some games at ZeniMax are tied up in Playstation exclusives, and Microsoft is fine with that. Once those exclusive windows drop, you can bet the games will land on Game Pass soon after. Will any of these studios ever sign an exclusive with Playstation again? Hell no. Will they ever release an exclusive for Xbox only? I doubt it. And that’s good for the long-term. No gamer really wants exclusives limiting access to cool games.

Perhaps a lot of back catalogue games from this amazing array of studios will only be available on Game Pass for Xbox Series X/S and never see Playstation revivals. Catalogue is what it’s about for Game Pass, and finding the ways to make it a no brainer to keep that sub rolling is where the long-term win will be.

Playstation has already said that PS1, PS2, and PS3 games won’t work on Playstation 5. So in some ways we might see what happens when one console is focused solely on the latest and greatest and the other builds out a bigger back catalogue of free games on a monthly subscription service.

Cinemas vs Netflix? Short-term the cinema maintained its lead, but Netflix has been winning in the long run.

Three billion people look to gaming for entertainment, community, and achievement and our ambition is to empower each of them, wherever they play. Today is a step forward on that journey as we welcome the beloved studios and franchises of @Bethesda to @Xbox https://t.co/LENQCXTwBg

Reality show to send winner to the ISS in 2023

Ready to become a Space Hero? A reality show is planning on turning its winner into an astronaut with a visit to the ISS.

In the future, propaganda will be computer-generated

Disinformation campaigns used to require a lot of human effort, but artificial intelligence will take them to a whole new level.

How work became an inescapable hellhole

Instead of optimizing work, technology has created a nonstop barrage of notifications and interactions. Six months into a pandemic, it’s worse than ever.

Now Facebook is threatening to leave the EU if it is forced to stop sending data to the US. Could it really quite everywhere and just go back to being a US university website? Please?

The story of Thra on Netflix is over. Gizmodo has confirmed the streaming service has chosen not to renew The Dark Crystal: Age of Resistance, meaning the series has come to an end after only one season.

Twitter is looking into why the neural network it uses to generate photo previews apparently chooses to show white people’s faces more frequently than Black faces. Several Twitter users demonstrated the issue over the weekend, posting examples of posts that had a Black person’s face and a white person’s face.

Interesting to consider the flipside to forcing Huawei off Android might be that it pushes over 600 million users onto a new Huawei-owned platform that removes any American influence from the underlying architecture of handsets used widely across Asia, Europe and South America. 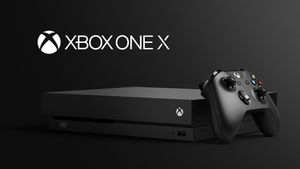 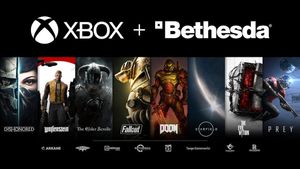