“Well that escalated quickly…” feels like 2020 in a single cliche.

Picking up where we left off last week on all things Apple vs developers, I was focused on more of the cloud computation elements that wrest control from the device in future. But as I read more deeply on this Epic battle over Fortnite payments, Epic is really pushing for an awful lot more than just freedom to use its own payment processing. And Apple is more than not budging, it’s ready to cut off a major graphics engine that could hurt a lot more than just videogames on iOS.

The latest is that Epic announced Apple is cutting off its developer accounts as of August 28. That’s not just its game studio, that’s Epic itself, the maker of the Unreal Engine that underpins many other graphics technologies.

Don’t just think games. Think about a lot of systems that integrate into AutoCAD and other computer aided design software. Many rendering technologies use it. It was expected to be part of Apple’s rumoured VR/AR plans for the future too.

It might be a tactic, but it puts a lot more at stake than just whether people can keep playing Fortnite on their iPhones and iPads.

In the past, when Apple was in a battle with Samsung for patent infringement, Apple and Samsung maintained an interesting relationship alongside it. While the fight was high stakes, the companies remained partners in hardware production – Samsung was still making processors for iPhones through it all.

I can’t help but feel that Apple could be missing this division in this case. That, yes, Epic the game developer has been egregious in its breaking of its agreement to update Fortnite appropriately, but its role as a graphics engine developer is akin to Samsung making chips. Apple doesn’t need to play nice over Fortnite, but it could try to maintain a positive relationship with the side of the business that enables many other businesses to develop great products that use Apple hardware more effectively than without Unreal.

Epic has been on stage on multiple occasions at Apple keynote events to show off how its engine takes advantage of Apple hardware. The Epic Zen Garden in 2014. The Star Wars VR demo in 2017 and an AR iPad demo the same year. Apple knows the power of Epic’s Unreal technology for showcasing and helping others to develop for its platform. It’s just decided this is not enough right now to maintain any kind of relationship in the midst of this fight.

Epic’s Tim Sweeney is trying to play hard, and is bringing a PR war to bear on this alongside the lawsuit. You don’t have a parody ad ready to roll if you weren’t trying to stay two moves ahead in the battle.

Naturally, we’re not privy to what else has been said behind the scenes. I’m sure Apple and Samsung found back channels to work through to ensure things stayed agreeable where it needed to.

Would Tim Sweeney run things the same way? His footing suggests he’s up for a knock down, drag out fight. I’m not sure he expected a full lockout from Apple’s developer programs, though.

It also has to be said that Epic doesn’t just want Fortnite to be able to use an alternate payment method. Epic wants to be able to launch its own competing App Store on iOS. And that’s part of what it is asking for in its lawsuit.

If Epic was truly gunning in the name of other developers, I would have hoped it would position itself where it felt a victory would be viable. Demanding no retaliation for avoiding the app store purchasing by having no direct payment options within an app might be something? But the right to launch another app store within the app store? That is absolutely more than Apple would ever give, and I think Apple has good arguments for why it should never be required under law to go that far.

Epic has warned Fortnite gamers on iOS that when the next chapter of Fortnite launches, this will be the moment when they can no longer support iOS as it is blocked from updates. This conveniently ignores the idea that it could remove its added payment system and just go back to status quo while it fights Apple in the courts.

As some have also said, it also ignores how game consoles work and the cut of profits they demand. Epic isn’t challenging them too, just the smartphone app stores.

But if you want to win the publicity battle as well as the courtroom one, you need the stakes to remain on the table. Otherwise you haven’t really thrown a hammer through the screen, have you?

Inside League of Geeks

A productivity blog was written entirely by machine learning

This is the story of them coming clean after making it to the top of Hacker News for a productivity post that was just machine learning word soup. That it can do this well is amazing, but note their focus on vague themes like productivity and inspiration to make it fit the illogical nature of what GPT-3 spat out. Check out the whole series here.

QAnon was a theory on a message board. Now it’s headed to Congress.

A supporter of the dangerous conspiracy theory won a primary runoff on Tuesday. The social media platforms have some soul-searching to do.

Speaking of controlled distribution through app stores, here’s a message from Steam.

Google versus Australia is getting feisty, with Google releasing an Open Letter with some very dicey claims about how personal data could be forced to places you don’t want them to go (the rules clearly say this won’t happen).

The algorithm that reduced estimated results for students based on historic results totally sounds sensible if you’re not a student being screwed over. At the granular level, it misses any individual brilliance amongst students or even teachers, followed by heartbreak in the midst of a pandemic when students are told that, no, you are nothing but a blip in history. Thank heavens they’ve walked this back. But this is an historically bad use of algorithms that will be remembered.

Anti-maskers inspired YouTuber Allen Pan to create a whimsical gadget: a gun that fires masks directly onto its targets’ faces.

Jim Henson's The Storyteller gets an AR reboot with Neil Gaiman

D&D: Haters can hate, but that combat wheelchair has minis mow

Last week, a combat-ready wheelchair took the D&D community by storm. This week, there are four new minis, charging into battle on it. 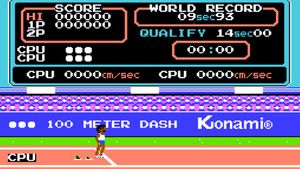 
Who really wins in the search war?


Inside League of Geeks with Blake Mizzi & Lisy Kane 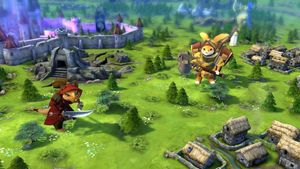