D&D announced its latest rulebook release, Tasha's Cauldron of Everything. The biggest expansion of options for the game in three years.

Wizards of the Coast announced its latest major rulebook release, Tasha's Cauldron of Everything, which delivers the biggest expansion of options for the game since Xanathar's Guide to Everything three years ago.

This time around our host is the eponymous Tasha, one of the legendary characters of D&D history who was raised by the hag Baba Yaga and is best known for the classic spell "Tasha's Hideous Laughter".

The covers are great, with the alt cover being outstanding, as always...

But let's not judge a book by its cover. With the new release, Wizards has tackled one of the growing concerns around the traditions of the game – to have fixed racial characteristics that acts as a poor reflection on old racist thinking about race in the real world.

With Tasha's Cauldron, we get the biggest set of character creation options ever released. Now we have the rules to treat race as a flexible set of storytelling options, with statistic modifiers now open to reinterpretation based on the story you want to tell. Want to be a dextrous Dwarf? Go for it.

The racial changes feel simple yet fundamental to how we can think about characters in our games, and sits at the core of what this game lets us do – tell the stories we want to tell.

D&D's Jeremy Crawford said they can't go back and rewrite the Player's Handbook right now, but this is book will reflect the approach to the future of race in the game. And that, yes, some people want to play "Elfy McElferson" and they will still have that template in the core rulebook, but for everyone else they can make whatever character they want to make now.

Beyond race, we're also seeing new sub-classes for every class in the game – INCLUDING ARTIFICER. For those who don't own Eberron, we also get the Artificer class in this book to give everyone access to this class.

Alongside the Artificer, we're also getting a universal Patron system if you want to play the kind of game where your party has a boss that they work for.

So many options for making characters more fun in this one: sidekicks, artifacts, magic tattoos, new feats, new class features (alternative options without needing to delve into sub-classing), and, of course, SPELLS!

For DMs, we're getting some fantastic new rules for supernatural areas, natural hazards (feels like some crossover with Rime of the Frostmaiden here), parley with monsters (cool??), and suggestions and samples for running puzzles against your players.

Lots to bring to the table to make your collective storytelling more fun and flexible than ever. We're looking forward to it. 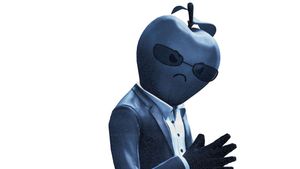