Seamus enlists two expert Dungeon Mayhem players – his kids – to discuss the game and its new expansion, Monster Madness, on the latest episode of The Game Table.

We got hands-on early with the new decks, along with the new rules that make it easier to have up to six players in the mix.

The new expansion doubles the number of character decks in the game and amps up the silliness with some clever monsters with great personality. From a circus owl bear, Hoots McGoots, to a stylish beholder, Delilah Deathray, and Blorp, the gelatinous cube that just wants a hug.


The Trouble With Presence 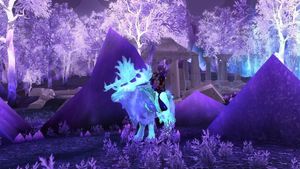