After 5 years, The Game Awards has carved out its patch as an end of year celebration of the games industry that has the pretence of Hollywood awards shows

Who doesn't love new trailers and 'surprise' announcements at a time of year when we're normally only being bombarded with suggestions for what to buy right this very second? Isn't it more exciting to get teased about stuff that might be ready for the end of 2020?

I love good trailers, I love good teasers. And games now seem to tease better than filmmakers – too often they show us 5 minutes of the best bits of a 100 minute experience. Games are vastly longer interactive experiences, so a teaser can only set a mood and give us flavour, and they're getting very very good at doing that job.

So what stood out? Here's my 10 favourites.

What a terrible name. But then, every Xbox sequel has had a weird name – 360, One, One with a letter, Series with a letter… But what it lacks in name quality it makes up for by, well, by telling us what it's going to be called so journalists can start talking about it with a proper name. It's just good to get this well ahead of E3 2020 so we're all on the front foot together.

Look, this could easily be 'bullshot' footage, but it's always cool to see something that is being developed for a platform that isn't here yet. Then we can watch this video again once the game is out to discover how much they had to pull back or get rid of to make it actually work on people's actual home consoles.

It's been SO LOOOOONG since the last Dark Alliance – 15 years since the PS2 / Xbox game! That fundamental concept of "Diablo but in the D&D universe" is so much fun, and I'm all for more console action RPG set in my favourite tabletop RPG. As a long time slayer of bugbears, ankhegs and illithids, and as a fan of the classic Drizzt Do'Urden books and the Icewind north of Faerûn, I am incredibly eager for this.

This new IP from Gearbox, makers of Borderlands, sees Playstation 5 get its first confirmed title, and in many ways this is pitched as "What if Borderlands but hitting things instead of shooting them?" Yes, I want to play that game.

Suda51 is an icon of the games industry and he has loved messing with people about when or whether we'd ever get another No More Heroes. In 2015 he said it would probably be 15 or 20 years before NMH3. Yet here we are, getting a trailer 10 years ahead of schedule?

WolfEye Studios has serious pedigree, sprouting from the brains behind Dishonored and Prey. A twisted dark fantasy / sci-fi in the West? Count me in.

I just LOVE seeing Magic the Gathering sets get cinematic trailers! If this is the primary gain from having concurrent releases of sets in both digital and physical forms, keep it coming!

New cards? Cool. A new MMORPG set in the universe of all things Magic: the Gathering? Intriguing! This is coming from Perfect World Games, the team that also makes the D&D MMO Neverwinter that's been going strong for six years.

The star of E3 2019, Nakamura is a bad ass art director on Bayonetta and The Evil Within games and was last in charge of the gorgeous looking Ghostwire Tokyo before exiting earlier this year, much to the dismay of fans. So it was a delight to see her on stage here to award Best Art Direction award to Control. You can now find her on Twitter talking about how she's considering lots of offers of where to work next.

Reggie retired from Nintendo earlier this year but he is still one of the most iconic business leaders the industry has ever seen. When he got up to deliver the Best Indie Game award, he did it with the emphatic style we've always loved him for. 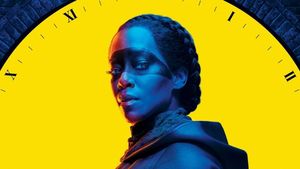 
Streaming TV killed the cinema star (and Byteside's best of 2019)