Rewriting the rules again and again

Google. Facebook. Uber. Ring. So many of this week’s stories point out how many services start with great intentions but end of doing whatever it takes to get big and make all the money.

When you’re big enough, you can just change your mission statement, change your terms of service, even literally change how you present a country on a map. As long as you have scale, you can ride out the wave of complaints, accept a small number of lost users, and resume growing as usual. Especially when your new rules make it easier to grow whatever is most important to you. Access to new markets. Granular ad targeting. Police contracts.

Ring is particularly worrying. A popular service to give yourself a remote-access video doorbell - a fantastic smart home enhancement. And now it turns out they’ve been offering police access to user cameras without their knowledge.

It’s hard work to build great consumer tools at scale. It seems even harder to do so in a way that respects data, privacy and high moral values. And when you ask people to pay for them, most people would rather have the free one and pretend everything is OK.

Google third era: what’s next now that Sundar Pichai is CEO of Alphabet

Page and Brin have left and now Pichai is in charge of everything. This is a good rundown of his rise through the ranks, and the trouble he faces in making the company stay, or get back, on target.

Some Uber drivers use bogus identities

London decided to boot Uber because of thousands of trips that were found to have been driven by fake drivers using fake ID and shared accounts. No surprise then that it turns out the unauthorised driver problem isn’t just a London thing.

Facts now have a geographical bias, with Apple Maps updated to show Crimea– annexed from Ukraine in 2014 – as part of Russia when viewed there. The moral compass only seems to say “you are here” these days.

We are absolutely, definitively, completely and utterly out of IPv4 addresses, warns RIPE

IPv6 has a been available for years, but the world has been way, way, way too slow to adopt the tech that would solve the internet address crisis (these are the addresses that underpin all network addresses on the internet). Now the European authority that distributes IP addresses has said it is officially out of space – so can we get on with IPv6 already??

TikTok is the best place on the internet, but we have to say no

It’s one of the most fun, most pleasing ways to spend time on social media today. But for an app that is just 3 years young, it already has plenty of red flags.

The company once offered a map, now withdrawn, that allowed police to zoom in to see the specific location of Ring customers.

Amazon’s surveillance company has seeped into hundreds of American communities by throwing parties for police and giving them free devices.

Virtual reality doesn’t have many hit games yet, but Facebook is buying the studio behind one of the platform’s biggest titles. Facebook announced today that it will be buying Beat Games, the game studio behind Beat Saber, a rhythm game that’s equal parts Fruit Ninja and Guitar Hero — with light sabers of course. Terms […]

Kashmiris enduring their region’s ongoing internet blackout are losing their WhatsApp accounts because of the platform’s policy on inactive accounts.

Facebook Gives Workers a Chatbot to Appease That Prying Uncle

The “Liam Bot” teaches employees what to say if friends or family ask difficult questions about the company over the holidays.

Plex launches a free, ad-supported streaming service in over 200 countries

Plex has been around a long time as a tool for home media server aficionados. Now’s launching a free streaming platform running ads TV-style.

Stagecraft is a new technology that could change how television, and maybe even big screen cinema, is created. 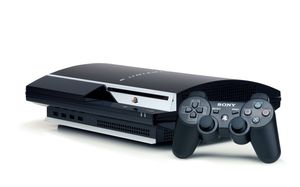 
From sublime TV to ridiculous fandoms


Cybering the drones for a dead queen 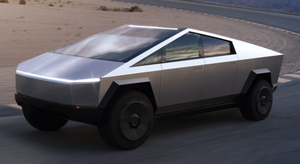