I got a new car recently. By recently I mean a year ago. I like cars, but I'm not a 'car person'. I do my research ahead of time, but then I pretty much make

I got a new car recently. By recently I mean a year ago. I like cars, but I'm not a 'car person'. I do my research ahead of time, but then I pretty much make my final decision based largely on how it just feels to be sitting in that driver seat taking things for a spin.

I like to think about car reviews when I think about how the tech I've often reviewed – phones, TVs, laptops – can get too caught up in year-over-year changes. Those of us living in the thick of the new things can get caught up in the tiny differences. But most people are upgrading a model they've owned for many years. My old car was over ten years old! For these buyers, almost every new model – including the inexpensive ones – will blow their minds.

When I bought my car (a Honda Civic), I didn't pay any mind to features like cruise control. Any time I've driven a car with cruise control I've only ever tested it for the sake of checking what it feels like.

And I think it feels terrible.

I'm all for self-driving cars, and look forward to just having driverless cars on demand in our future. When cars truly drive themselves why should we even own them? But cruise control is the awkward teenager of vehicle automation. It takes the joy out of driving while putting you into a terrible realm where the car is speeding along without your feet being involved at all. Scary stuff.

Anyway, yes, my Civic has cruise control. But amongst the same set of controls, I discovered it also has a Limiter. And I adore it.

I use the limiter every single day, every time I'm in the car, and I tweak and twiddle the setting constantly. It's brilliant.

So what's a limiter? Like cruise control, you set a speed you want to 'cruise' at, except now it's a speed you simply don't want to accelerate past. With this setting in place, you are still doing all of the driving. It just stops the throttle from letting you push past the magic number.

Maybe that doesn't sound too different, but it really is. Because while you would never use cruise control in a 50 or 60 zone, the limiter is perfect for these environments just as it is at home on the freeway at 110.

The limiter has helped me to do the single most important thing while driving. To keep my eyes on the road, surrounding vehicles, and overall conditions around me.

Having to constantly glance down and check speed to maintain a speed limit without speeding is a constant dance of the eyes. It's fine, it's doable. But now the limiter worries about that for me. I can just drive the way drivers should.

The limiter doesn't brake for you, it only controls the accelerator, which means it can slide past the limit you've set if you are going down a hill. But if you do go three clicks above the limit you set you'll get an audible alert to let you know it's happening so you can react accordingly. And if you plant your foot hard to the floor it will also override the limit.

I feel like the limiter makes me a more active driver. My eyes are where they should be, and when I change speed zones I quickly tap and adjust the limit to reflect the change. Once set I can tap up and down to tweak the exact limit I've set, or cancel and reengage to whatever speed I'm driving at.

And, seriously, it makes me feel like an F1 driver leaving pit lane when I have my foot down cruising at 60 and get to cancel the limit as I enter a freeway on-ramp and feel the car just take off at the push of a button.

It also keeps my drive at a more constant, smooth speed than ever before, across all speed zones. I live outside the city, so I'm rarely stuck in traffic like some people. But I'm also in a regional town, so it's not pure cruising. Over the last few thousand miles my fuel economy sits at around 6.3L/100km (a little ahead of the Honda claim of 6.4L).

I think no car should have cruise control. And I think every car should have a limiter. It's active, it helps keep our eyes where they should be, and it helps maintain a smoother drive. I love it.

Check your car settings. Maybe you already have one too? 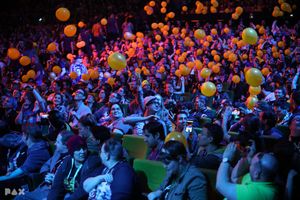 
Newsletter with a hint of podcast