Let’s skip the iPhone launch chat. You’ve heard about that everywhere, I’m sure.

I’m planning a special edition to round up the state of phones at the moment very soon. Seems a good time off the back of iPhones and the new Android 10 launch.

Cameras really seem to be driving the evolution of smartphones right now. And that’s largely a good thing. As much as that’s a question of photos and videos, it’s also the future of Augmented Reality. The cameras, along with other sensors, deliver the quality of an AR experience.

But a lot of it comes down to software, so iOS 13 and Android 10 are the big boosts to phone values. iPhone owners know they get the upgrade unless they have a super old phone. Android phone users not so much.

Anyway, I’ll save that chat for another newsletter.

Today I put out an open call to mentor anyone who wants to do ‘more and better’ with their writing, talking, whatever-ing journalistic type work. I realised I miss being part of an edit team and thought this is a good way to capture my favourite part of it all - helping a team to do their best work.

If you think that might be you, get in touch. DM via Twitter is a best place to start. Or just reply to this email! We can kick it off from there!

It felt weird to not have a Jony Ive voiceover wrapping the new iPhone in a warm blanket of feelings, but then I realised it shows that we’ve entered a truly new era of Apple’s public persona.

I recently tested the Epson FastFoto FF-680W photo scanner. It is a really great machine, but my favourite part was what it told me about how I want to take pictures from now on to make 80-year-old Seamus happier about the photos he gets to look back on.

Zac and Luke from 'I Speak Giant'

Had a great chat with these two likely lads on The Game Table about their liveplay D&D show and working with Wizards of the Coast on a special campaign in the lead up to the launch of the new book, Descent Into Avernus.

Going back a month, I had a great catch up with Jaime Lawrence from Good Games who was at GenCon 2019. Now I want to go next year too.

Here’s that open call on Twitter if you want to catch the thread.

I really miss having a team to mentor. If you love writing / talking about tech / games / digital culture and would like to chat and bounce thoughts about how to do it more and better, DM me.

Crops under solar panels are a win-win

Smart design, smart resource management, smarty pants effort all round. There’s even a reduction in water usage through this combo concept.

Why electric vehicles could kill the market for household batteries

Headline sounds negative, but it’s an overall win as EV cars will perform the role of household power storage as well as being a car. Reminds me of how Back To The Future was originally written with a time machine in the basement of Doc Brown’s house. Only later did they change it to a Delorean and thus one of the greatest movies ever found its mojo.

EVs are the Delorean in this story.

I kinda love this. Feels like a proper 'Polaroid' concept.

I love these historic ‘this is the future’ videos. This one has some great hits and misses. I love that the kid attends school twice a week and gets the rest of his education from an online learning centre.

Billy Mitchell, the pantomime videogame villain we deserve, dumps a 156-page “evidence package” in attempt to prove his innocence. 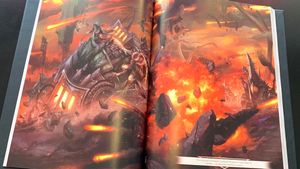 
Descent Into Avernus: the spoiler-free review 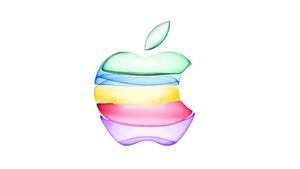