The Huawei P30 Pro camera is basically powered by witchcraft

There’s no other word for it. The P30’s camera tech is beyond clever or smart. It’s the work of wizardry. Here’s a collection of photos directly comparing the

There’s no other word for it. The P30’s camera tech is beyond clever or smart. It’s the work of wizardry. Here’s a collection of photos directly comparing the P30 with an iPhone XS. And sometimes… its actually so literally marvellous it’s capturing something you might not actually desire.

The easiest way to walk you through it is to show you the pictures. I'll ease you in with a few impressive but not freakishly magical ones so your brain doesn't instantly implode.

I was walking through Sydney on a fine evening recently, and before I hit the darkness of the Botanic Gardens, I hit a few areas of Hyde Park to test out the camera's capabilities. The iPhone XS was running its standard camera settings, while the Huawei P30 Pro was using its Night mode (with the occasional test leaving it on its standard mode to see how it dealt with some situations by default).

The extra detail is truly impressive. But also as a first outing I can see where sometimes I might prefer the default mode's version of capturing what I see with my eyes. A little more detail than the iPhone, but not so much added information that it feels like the scene stops feeling like a moody evening vista.

Here we start getting our first taste of detail that is completely missing from the iPhone being very nicely captured by the P30. There are trees now! With leaves and limbs! Without blowing out the rest of the image information!

When the P30 takes a photo in Night mode, you need to stand still for a good few seconds while it captures the photo. You can see on screen it's bracketing the light, HDR style, and then asks you to stand still a little longer while it 'sharpens' the image. It's definitely working through an extensive set of processes to get to the final result, but it's also doing so without demanding a tripod to get what it needs. Just as long as you stay relatively still it's getting these amazing results.

In this one you can actually see all the ibis sleeping in the tree. I hadn't realised they were there until I noticed all the white splotches in the picture, then looked up and saw them all in the flesh.

I'm torn here on whether I prefer the default mode or the Night mode. And even the iPhone XS feels like I'm getting a pleasant, moody night photo of the Archibald fountain. I'm just getting a lot more *information* from the P30.

My gut says I like the P30 default camera mode the best. It does kick in a night mode of its own, a distinct smart setting separate from the official Night mode you select to get all the extra detail we see in the final image. And that is the image I'd probably frame to put on a wall, even if some part of me doesn't emotionally love what it's doing.

But then we get to the Botanic Garden and the P30 goes ballistic.

Yep. That's legitimately what happened. The textbook definition of a "night and day" comparison.

Again we see an incredible capacity for finding light that the iPhone doesn't even know exists, but we see that capability is available to both the default camera and the Night mode. In the full Night mode photo, however, we're given a colder final result. The default night shot feels more like what my eyes saw.

This final pair is my favourite.

The thing I love about this last shot is it captures a scene where the iPhone didn't see much light at all... but the P30 has found enough light information that it's finding subtle shading in the trees, a pink-red flower, and way down the end of that walkway a tree that seems to be lit by a further, more remote source of light that we didn't even know exists in the other shot.

Nutshell: The P30 Pro's camera is STUNNING. The fact I'm even debating the idea that it might sometimes focus too much on information and not enough on mood is quite the first-world problem for a smartphone camera.

That's not to say it's not a worthwhile discussion. What's the priority? For sharing a photo directly from the phone, getting the mood might be a big priority. Do you want to perfectly capture a nightclub scene as if the ugly lights were switched on? But if you are going to edit the photo later on a PC? Information is everything.

But, yes, this camera is beyond impressive. As someone who gets to play with tech for a living, these double-take wow moments are rare. And the P30 Pro's camera is the first I've had in a long time. 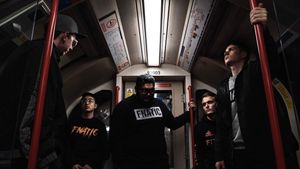 
Morgan Romine (Director, Anykey) on diversity and inclusion in esports 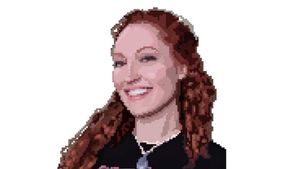