The Vive Pro still feels like a pretty recent upgrade from HTC, but they're not letting that stop them from an upgrade. The HTC Pro Eye adds internal eye

The Vive Pro still feels like a pretty recent upgrade from HTC, but they're not letting that stop them from an upgrade. The HTC Pro Eye adds internal eye tracking to the headset - a significant new way to track the focus of the user to improve both the performance of graphical fidelity and even deliver new interaction opportunities.

Few other details have been shared - like, you know, price - but it seems like in most other respects it's the same Vive Pro with the added eye tracking tech.

The announcement focused a lot on the improvements to rendering this can deliver. If you know where the user is looking, you know where they AREN'T looking, so you can reduce how much processing power is used to render graphics currently out of their visual focus area. That can help to make what they are looking at even better.

It's like directing more power to the front deflector shields when the Klingons are delivering a full frontal attack. You know the drill. It's just smarter.

But in many ways the coolest part of the upgrade is to allow your eyes to do more work as an interface controller.

Your aim in a game could be tied to your vision, making for a better sense of control and accuracy. Your eyes can make menu selections in all kinds of interfaces. And in one example, HTC says your eye blinks could be applied to an in-world avatar to add some extra reality to your virtual life.

HTC says we'll see the Vive Pro Eye hit the market between in the second quarter of this year.

HTC also announced the Vive Cosmos, a 'standalone' VR headset that uses "inside-out tracking" to let you use VR anywhere you like.

The Cosmos has cameras on the sides and front of the headset, plus some new light-up controllers that are more like what we've seen on the Oculus than the traditional Vive controllers. But no trackers or webcams or any other external tracking is required, so you can setup and use this VR kit anywhere you have a device that can deliver a VR-ready signal.

The Vive Cosmos will also work with both PC and smartphone VR setups, but you'll still need to tether a cable between the headset and the source device. 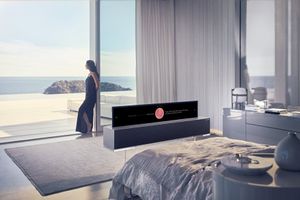 
How well can a real city planner play SimCity 2000? 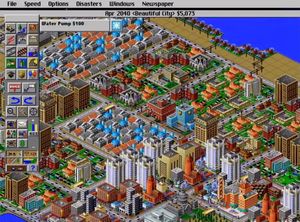