With 27 supported languages out of the gate, Google just made the world a little bit smaller with the arrival of real-time translation of conversations. OK

With 27 supported languages out of the gate, Google just made the world a little bit smaller with the arrival of real-time translation of conversations. OK Google, you've done something good.

Sadly, I wasn't at CES this year so didn't see it first hand. But The Verge has delivered a great warts and all video with their reporter Shannon Liao having a conversation with a Caesars Palace concierge through a Google Home between Chinese and English speakers.

It's far from perfect, it got a few things wrong, but in this exact context - a traveller trying to get some help in a hotel in the midst of a big language gap - this could be make a big, big difference.

Right now it's only working on Google Home speakers and the hub, so it isn't quite a translator in your pocket (let alone in your ear - apparently it works better than the Pixel Buds translation system too) but it's another leap forward at a time when it's largely been only baby steps forward.

Look, every time one of these things gets anywhere near the prize we invoke Douglas Adams and his miraculous Babel Fish. But we'll never really have a tiny yellow leech that feeds on brain waves and excreting a matrix of frequencies that please the speech centres of our brain. Call me a luddite, but I just don't think that'll really happen... So this? This is pretty amazing and it's a spectacularly useful tool, especially in the context of retail and hospitality.

We can only expect it to see rapid adoption in hospitality areas with big international traffic. Everybody wins. 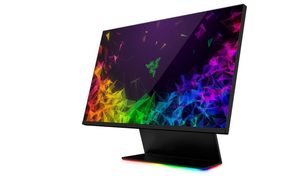 
Yes, the Razer Raptor PC monitor is sexy, but nothing is sexier than its cable management 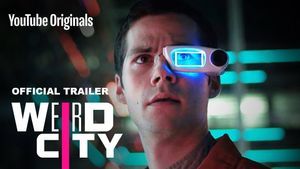