Sonos wants to make headphones? Hmmm... instead of going to fight a new warfront in consumer tech land, here's some suggestions to extend what they already do

Sonos wants to make headphones? Hmmm... instead of going to fight a new warfront in consumer tech land, here's some suggestions to extend what they already do and solidify their place as the best networked speaker system around (from someone who has used Sonos for most of the past decade).

Bloomberg is reporting that Sonos is looking to launch headphones to create new opportunities for the business after its 2018 IPO and some apparent fears for its future in the smart home speaker market.

There's no doubt it's becoming a busy category. Amazon Echo. Google Home. Cheap little speakers you can speak to that do clever tricks - but aren't all that good as speakers.

Sonos already integrates what they do into the Sonos One and the Sonos Beam, so it isn't losing the battle, just struggling to convince people to pay more for a much better product.

But here's a few ideas for what I think would be amazing additions to the setup we have at home. We've got Sonos all around the house, so we're a committed audience. And there's still a few tricks we wish it could do that I think would blow people's socks off and have them racing home to buy their own.

Outdoors: A Sonos version of the UE Boom

Sonos has always steered clear of creating outdoor speakers, pointing out that other companies make good outdoor speakers and they can be connected to a Sonos Amp. But that's an expensive path, and fussy, so here's something that could be the best of both worlds.

Give us a rugged wireless speaker, like a UE Boom, and control it through the Sonos app while it's on your home network. That gives us the portability of sitting by the pool or around the BBQ, giving us a target device that can be anywhere we want it to be.

This is probably as close to a set of headphones as I care to see from Sonos.

Sengled is just one of a few companies putting smart fixtures into traditional light sockets. Whether it's a full LED light or a surround that features a speaker that gets its power from the same fitting, there's some interesting solutions appearing that aim to stealthily integrate speakers and voice commands all around the home.

Sonos could do a clever fitting that brings their elegant design work to this category and gives us the same functionality we get in our living rooms. The 'pipe it wherever you want' feeling of Sonos is a big part of its success - few others have gotten the software and hardware combo just right to make it feel as seamless as Sonos has. This idea could do a great job of filling in any gaps in the home when you tap 'Party Mode' in the Sonos app.

I'd love to see a software update that lets me update playlists, alarms and other Sonos features even when I'm not on my home network.

I know this isn't easy to retro fit, but there could be a hub device that opens the door to an always connected Sonos solution. A little VPN tunnel that even avoids Sonos needing to build some kind of cloud infrastructure to support it. They could even do it via software alone and make it a 'power user' feature where you have to update your own router settings. But for those folks who get it working, it would seem amazing to their friends and they'd want their own setup the second they got home.

I've got some very convoluted setups to be able to change alarms remotely by having Spotify playlists that are the target of certain alarms through the week. That means I can update the playlist and the alarm will change the next time it occurs. It's been a lovely way to send my love to the family when I'm away for work - picking a special song to say hello.

Being able to do other tricks like turn on music before you get home, or have an automated trigger that uses GPS location data to switch on as you approach, would be lovely touches to add another layer of polish.

Intercom: Let us record messages to send to a speaker

A small follow on from the above. If the Sonos app let me send a message back to the house to say hi from afar, or even just to send a message from the kitchen to tell the kids in their rooms that it's time to eat their breakfast, that would be amazing.

I have read that you can do this, using some special third-party apps that came up with clever workarounds to do it. But it's weird to have to use some other thing to do it. Put it in the core app and make it happen for everyone!

Bugbear: Fix the alarm system to what it used to be

The Sonos alarm was always quite simple. You pick a playlist and the alarm could play the playlist until it ended. Or it could loop the playlist to alarm until someone told it to shut up.

In 2017 (I think), Sonos updated the alarms so that they now work to a timer. You can set exactly how many minutes it should play for, using whatever playlist or radio station you selected. Great for some situations, but it has ruined many others.

Like I said earlier, we've got some fancy Spotify playlists setup for alarms in our house. And sometimes we only want to have one song play as an alarm signal. Just one. When Peaches by Presidents of the United States of America plays, the kids know it's time to eat some fruit (Sonos alarm reminders are great when the kids have been on holiday).

But now, an alarm will never only play for one song. It will play for 'x' minutes, and if that means it cuts off the song, or it means it has to loop itself automatically to start playing the song again before stopping part way through, then that's what it will do.

For those with a deep desire to hear music play properly, it's bloody annoying to hear songs get snapped off because that's what the alarm decided to do.

The tragedy is that it was perfect before, and then they changed the system and took away what we preferred. And ever since, Sonos has been deeply disinterested in fixing the alarms. There's plenty of forum fodder from people asking for a fix, and one response went so far as to suggest editing a song clip and adding silence to the end so it would no longer play even though the alarm was technically still going.

When they've gotten to the point of suggesting weird audio edits, you can tell they don't think they broke anything.

And that's the worry. When the tech company thinks they know better than the customer complaints, it might be fair to worry. So I guess I really should expect to see some Sonos headphones hit the market later this year? 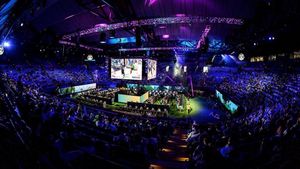 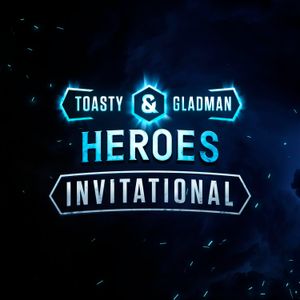