Blocking spoilers from your Facebook feed is officially in the works

Facebook recently announced a new addition to its line up of news feed filters to help you deal with the bane of our modern digital existence - having sports,

Facebook recently announced a new addition to its line up of news feed filters to help you deal with the bane of our modern digital existence - having sports, movies and TV shows ruined by a friend.

In an announcement on its Newsroom blog, Facebook acknowledged the issue and that it's testing a new idea to help you inoculate your feed.

Just as you can already snooze specific people from your feed for 30 days, you'll be able to do similar with certain keywords:

"To prevent future heartache, we're beginning to test the next addition to our suite of News Feed controls, Keyword Snooze."

"Located in a post's upper right-hand menu in News Feed, the feature gives people the option to temporarily hide posts by keywords, which are pulled directly from text in that post."

Ummm... but if I saw the post with the keywords, didn't I just see the thing I was desperate to avoid?

Hopefully as the tool comes out of testing Facebook wakes up to the idea we want a preventative, not something that will also require a time machine or memory eraser to deal with damage already done.

If not, then remember to plan ahead. And to mark your calendar so that 30 days doesn't expire just before the finale episode you couldn't watch on the broadcast night because you had to go to a family dinner and it was a boring night and you spent the whole time wishing you were home but by the time you got home you were really tired so... I mean, purely hypothetical, of course.

Also important to remember that no keyword spoiler filter will prevent over excited friends, family or colleagues send you a direct message or talking too loudly in the office.

Best you just shut down the universe until you're all caught up.


How are the Aussies finding life in the Overwatch League? 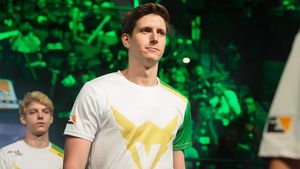