What a February without social media feeds did to my brain

'Feed free February'. It alliterates, so it must be worth doing, right? My wife and I both decided we'd skip the random scrolling down our social feeds for

'Feed free February'. It alliterates, so it must be worth doing, right? My wife and I both decided we'd skip the random scrolling down our social feeds for the four weeks of February and see how it felt. And, mostly, it felt great.

To be clear, we didn't just swear off social media. I use it a lot for work, and a lot of people are most easily found by pinging them messages through social.

It was just about not scrolling mindlessly down the main news feeds of Facebook, Twitter, Instagram and the like. That random loop of algorithmic snack media that is, essentially, pointless. You do it without any sense of what you're looking for or what you'll find. And it can go forever if you keep scrolling.

If we had time to scroll, we figured our brains could probably have done something more directed with these parcels of time. And while we aren't going to turn around now and say we've found digital nirvana, there's no question we both found a lot of positives in the act of walking away from the feeds and seeing what we valued about them - or what we'd avoid forever more.

For myself, in a nutshell, it was really good.

I mean, that probably seems obvious to most people by now, right? There is so much resentment that has grown in recent times, boiling over as news stories have appeared that point out the ways in which the algorithms that control these feeds are changing how we feel and how we connect with others. How metrics of 'engagement' aren't account for whether we're enjoying or getting value from the things it chooses on our behalf.

But even knowing something will probably be good, it was fascinating to see where my brain would wander in those times when I'd otherwise have just filled time scrolling through social feeds.

How'd I fill my time?

I stared at my bookcase a whole bunch of times when I found myself in such a moment, and pulled things off the shelf to flick through and explore themes that struck me as interesting.

These were things that I was actively choosing to let my mind explore, not just random assortments of links, pictures, videos and proverbial hot takes.

For example, I started planning new ideas for our family D&D campaign. I organised personal todo lists - and even reexamined the value of todo lists at all.

Through those thoughts I started jotting thoughts and ideas into a notebook I'm now carrying around. I use a digital todo list tool too, which is well integrated into my email and browser tools. But I'm now putting my key 'today' targets into the notebook, so I'm not always pulling out my phone and all its potential distractions any time I need to refer to something.

I felt like there was a better combination of mindlessness to these moments of pause that then led to some creative or interesting inner dialogue. When the feeds were filling these spaces, there wasn't as much room for my own thoughts - it was just a mess of media interference instead, and quite often the algorithm was sending me down paths of frustration and antagonism instead of serendipity.

What I want from social from now on

I feel like there's no question life is better with less social media, but it would be a harder one with none at all.

I found I missed Twitter as a place to quickly dip in and pick up on momentary trends and conversational threads that were happening in real time. It doesn't force an algorithm on users (yet, and hopefully it knows that's a core value of the service compared to Facebook) so it is about dipping in for short bursts.

But even then, I'm building more Twitter lists to have a few additional ways of following threads that focus on different areas of my interest. I want to have that extra focus so I feel more in control of exactly what I want to dip into when I take that moment.

As for Facebook, I plan on scrolling through my friends list more often and clicking people's names to see exactly what they've been posting lately. Less algorithm, more thinking about people and catching up with what they have been up to.

Instagram is still a sad place where there's no way to demand a real timeline anymore and instead I get pictures from a week ago before I see things friends are up to today. I can imagine myself fading out on this one over time because it feels hard to get value from the format compared with the other options in my life.

And that's the ultimate question. What's adding value to my life and how do I focus on the value instead of just filling time?

That answer, right now, seems like the timeliness of Twitter, and the people of Facebook. Finding the ways to maximise these specific values are where I want to focus my social efforts.

Improving my access to the right people at the right time on Twitter, and focusing on exploring what specific Facebook friends are doing more than what the algorithm has decided to show me.

You don't have to go cold turkey. Just take the plunge on stopping the thoughtless social scrolling for a few weeks, or one week, or whatever. Think about what your brain wants to do with that time. Think about what you're really missing about social that is separate from the pure habitual eyeballing.

Just think about the clarity of your control over what gets put in your brain and you'll immediately be in a better place. 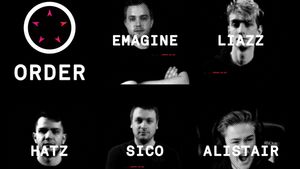