Why we must rethink communication at work

An expert look at the many ways email management at work goes very wrong, and what we can do to improve the situation.

Google engineer James Damore recently found this out to his cost after colleagues leaked a Google Doc he shared about the company’s approach to diversity, leading to his eventual dismissal.

Of course, misjudged workplace missives are hardly new. Even your out-of-office message can go viral if you’re not careful.

But now that Google – the progressive, convention-busting organisation we rely on to organise the world’s information – finds itself at the centre of its own workplace communications scandal, it is a perfect time to rethink the whole thing.

Recent attempts to address this have focused on when we communicate at work, rather than how. It has been eight months since France passed the El Khomri “right to disconnect” law, making it illegal for employers to email staff out of office hours. The idea was to tackle work-related stress and bring an end to the “electronic leash” as one French lawmaker put it.

Six years before, Volkswagen agreed to stop emailing its employees outside of office hours. In 2014, Daimler, another German car manufacturer, introduced a voluntary policy that enabled staff to auto-delete emails they receive while on vacation. The sender instead received a variation of this response:

I am on vacation. I cannot read your email. Your email is being deleted. Please contact Hans or Monika if it’s really important, or resend the email after I’m back in the office.

The right to disconnect has only been law in France since January 2017, so it’s too soon to judge its impact. But Volkswagen workers spokesman Jörg Köther claimed in 2014 that his company’s measure had been well-received. He attributed its success to the policy’s “no bypass” mechanism, essential to remove the temptation for workers to log back in.

The response is basically 99% positive, because everybody says: ‘That’s a real nice thing, I would love to have that too.’

Most of us are guilty of checking in with work too often. Last year HR Magazine’s Reclaim Your Time survey found that 34% of employees check their email immediately after waking up and 38% do it every night just before they go to bed. A study by a UK cyber security consultancy found that two in ten office workers responded to work emails even after going to bed.

Some organisations encourage this toxic fixation. Erika Nardini, CEO of Barstool Sports admitted texting employees on a Sunday just to see how quickly they responded.

Compelling employees to switch off is a good start. But there’s a long way to go.

Gianluca Leone, director of myrooms.co.uk, a management company for flat-sharers in London, told one of my colleagues that his team have tried to find a middle-ground between disabling email and allowing free reign: “We have a system for monitoring our customer service email address and everyone knows who’s picking up those emails at any given time… During peak season we have support staff to serve clients in other time zones. Our staff know when we expect them to be offline and they to appreciate the clarity.”

Of course, completely disallowing out-of-hours emails won’t work for all businesses. We need flexibility. Discouraging overuse is fine, but let’s take a more mindful approach to internal communications in general.

For a start, organisations should discourage the arbitrary copying of people into emails. This habit erodes trust and controversial messages spread like wildfire.

Google’s Damore is said to have copied in 40,000 colleagues to his memo which criticised the company’s diversity policy. They then swarmed to Blind – an app that facilitates anonymous workplace gossip – to call for his dismissal. What if he had simply spoken to Google’s new diversity chief in person? It could have been a conversation instead of a “manifesto” that caused a global hand-wringing over corporate approaches to equality.

We should get up and speak to our colleagues whenever we can. The benefits are well documented. So I’d celebrate any initiative to discourage emailing all colleagues, whether remote or at the next desk.

The future of internal comms

Other channels bear consideration too. Email is losing popularity among younger people. Some 37% of startups no longer view it as their main comms channel, favouring collaborative platforms like Slack and Google Docs. These tools are ripe for overuse, designed to facilitate group-wide communication from a smartphone. What could go wrong?

Some businesses have already spotted the risks. One London fashion startup has an unusual way of discouraging extra-curricular Slack usage, assigning those guilty of it to the morning coffee run as punishment.

Overuse of workplace communication is linked to a reduction in mental well-being, so clear policies like those developed by VW and in France are essential. It means employees aren’t left guessing about what’s expected of them.

When companies have experimented with unlimited paid vacation, letting employees decide how much time off they took, staff end up working more, not less. The same is true of communications. Without restrictions, employees risk drowning in information.

Flexibility and a culture of openness are valuable to any organisation. But those organisations that embrace openness have a duty to protect their people from the risks, both to their well-being and to their career, of being able to communicate so easily with so many. 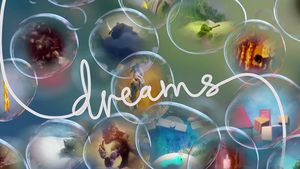 
The grand ambition of Dreams, led by Siobhan Reddy


We should welcome our swarming robotic interfaces 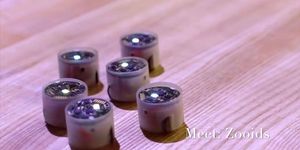