This Hyperloop Hotel takes you where you want to go

This concept -- which just won a design innovation award -- shows just how far people are pushing the idea of what Elon Musk's Hyperloop could be. More than a transport loop, a system that moves entire rooms in luxurious style.

Conceptually, the design suggests each of the modular hotels would cost around $10 million. So we're talking in the $130 million ballpark here. That seems pretty cheap to me. I guess it doesn't include building out the Hyperloop network.

And how do you load balance when and where the hotel rooms get to be at any one time? Let's not fuss over too many details. I would bet the design docs go into a lot more detail than the news reports.

Keep pushing those crazy ideas, designers. That's why we love you.


The iPhone's first wave of games 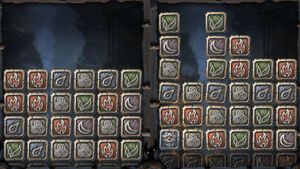