At the end of the first week of Musk's Twitter, it's hard to put a finger on which part of the chaos engine has been the most damaging to the brand.

Last week I was arguing that a certain sense of urgency was probably required to put Twitter on a better path. It had been long stagnant in business terms and the new boss needed to make some serious inroads on pushing revenue north.

But after the first full week of Elon's Twitter is there any better description than 'shitshow'?

The chaos engine he has installed has done nothing but burn through the good will of top users and precious advertisers. It's one thing to reset management, it's another to reset every stakeholder relationship established over the past 17 years.

The stories pile up around the treatment of staff and advertising agencies, all in the midst of non-stop Elon meme tweets and on the fly public decision making. If you've been struggling to keep up, here's some key news:

It's impossible to keep up right now, or to find the right moment to try to encapsulate a clear theory of how things are being run. The way Musk has treated the very real humans who build and run Twitter has been appalling. And his inability to grasp that if he tweets trollish commentary on 'what advertisers should really want' then he might be responsible for many of them pausing their big value ad campaigns.

In the latest instalment, today's rapid pivot away from "comedy is legal" Twitter to "parody accounts will be permanently banned" Twitter has been really something.

Love the free speech. Love the comedy. Except if it's people mocking me.

That's an important factor that can't be stated too lightly. The entire decision to start suspending accounts – accounts of verified users, often comedians – was because they changed their profile name (not username) to Elon Musk as a joke.

It's not to protect democracy or Wall St or human rights. It's a decision via tweet to protect his ego.

One thing you sometimes see at the card table is a pretty good player who, once they’ve lost a good chunk of money, starts trying too hard to win their money back very fast. Bad luck early begets bad decisions late.

This was always meant to be a fun lark for Musk. But the market turned, he wished he could quit the deal then realised there was no chance. Not even a billionaire can escape Delaware corporate law.

It is absolutely true that Musk loves Twitter. Really loves it. Loves to post on it. Would love to make it a great business.

But right now he's chasing the pot. There's a lot on the table. He still finds time to tweet memes. But it doesn't look like he's having fun anymore.

In all my time on Twitter (I joined April 2006) I've never seen as many friends and colleagues, who have loved it in spite of its flaws, exploring alternatives. But the fact is there will never be another Twitter. Whether the alternatives can be 'enough' is the big question.

We were already living in this weird time when social media platforms were having a rough time of things. But it does seem like we're arriving at a decoupling of social media and the spaces most users send most of their attention. And that's a critical thought for business and society. What comes next?

Byteside is delivered as a newsletter to subscribers. Sign up now. 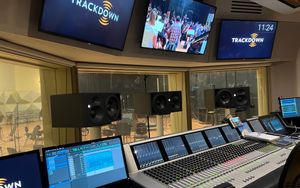 
The future of sound production at Trackdown Studios 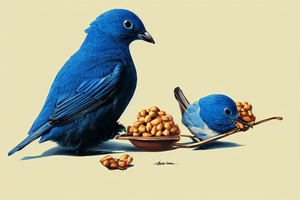