The optimisers are outwitting the engines. Now it's easy to find 'something' but hard to find a specific thing.

The warfare between search engines and search optimisers is as old as… well, not as old as the World Wide Web. But certainly almost as old as Google itself.

Let’s call it a 20 year war. And in recent times, it feels like the raiders at the gates of the Googleplex are starting to break through.

Google came to dominate search by removing the manual labour from creating lists of links to useful stuff on the web. And to do so in a way that felt like it could magically present us with exactly what we were looking for.

I was at university when a guest lecturer came to our digital media class and showed us Google. We’d all been using Yahoo and Alta Vista to find things, and they worked fine. But Google had a secret sauce that helped it catch up and surpass the rest. Google didn’t just believe what a web page said about itself. It relied on what other pages linking to that page said about it too.

It didn’t take long for people to start trying to game the ranking system.

In 2004 I actually wrote an academic paper called “Stop worrying and learn to love the Google bomb” based on some some fun and trollish behaviour of the time that aimed to connect target people with certain keywords as a joke. But at the time this was a revelation for many – Google’s magic was based on the network of links, not the page itself.

Over the past 20 years, the cat and mouse game of optimisers trying to build link networks has gone crazy. Over the years I’ve witnessed attacks on website comment services to try to drop links in to pages, followed by an era where requests came thick and fast to please delete these comment links because they were now hurting page rankings after Google responded with another algo-tweak.

Right now, I’ve never seen so many requests for ‘collaborations’ as content marketers ask to place stories on Byteside for a fee, or ask for references to their products or services be added to articles on our site that are vaguely relevant to what they’re keen to promote (and sometimes the links are tenuous at best).

At the same time, I’ve noticed those page one Google results are not really what they used to be. The best example is a search for the actual website of a specific hotel you want to stay at. The first 20-30 results are usually hotel deals websites, most of which don’t actually link to the websites of the hotels they’re selling deals to.

You often need to go search Google Maps or use some clever wording to escape the optimiser trap and find the direct link you were looking for.

It’s fine if you want to find ‘something’ that answers a simple question. But to find something specific? Maybe it’s time Google removed the ‘I’m Feeling Lucky’ option.

It’s starting to feel like the Alta Vista days again.

I’m guessing that part of Google’s magic was always the power of the algorithm at massive scale when optimisation was a manual, creative art. Now the optimisers are powering up with AI of their own, with supercomputing power accessible on demand in the cloud to test and analyse what Google is up to.

Part of the trap here is that Google earns the vast majority of its revenue through advertising. Its optimisation cares most about serving its search advertisers, not its users. If we usually feel satisfied by the ad at the top of page one because the links below the ad (that look almost identical) didn’t seem as useful, might as well click the ad – and get Google paid.

We’re in need of a new search player that wants to serve users first. Neeva is one of the main players here, aiming to build a user-paid search engine. Right now it’s not available to Australians, but I’ll sign up as soon as it’s offered.

Internet communities hit r/place for an epic pixel battle (Washington Post) :: This is the second time a pixel battle like this took place on Reddit. The New Yorker talked to Josh Wardle (yes, the Wordle guy) about his Reddit community creation the first time around. This time it was dominated by streamer communities – the online world has evolved.

Victorian schools are installing a rootkit to monitor network traffic on your kids computers (iTNews) :: This story explains why you should be concerned. Decrypting all network traffic that appears to be encrypted to the user is not a good way to manage online safety.

The future of NFTs lies with the courts (Wired) :: A great piece looking at the state of this chaotic new space in tech as a big court case gets underway. Big questions of ownership, copyright, and the future of art are at stake.

Reels is Facebook’s TikTok clone – and its future (Recode) :: If NFTs aren’t messy enough… this is a really interesting content battle right now over at Facebook as it pivots back toward video yet again. Hopefully fewer folks get burned this time?

Why moderating content actually supports free speech (TechDirt) :: Bookmark this to share with the craziest libertarian crank in your network when they scream about FREE SPEECH the second something is moderated online. We have to foster trusted spaces for C-I-V-I-L debate and discussion to nurture a comfort zone to share ideas.

Apple is in a league of its own (Above Avalon) :: Not a fluffy Apple love piece, but an interesting look at how the company has changed its own rhythm of releases since 2018 and how well that seems to be working for the company.

Samsung partners with iFixit for self-repair program (iFixit) :: I love seeing this kind of thing grow. iFixit is a great advocate for user repairability, so seeing companies partner to create a store that enables users to do that and (hopefully) it also supports iFixit’s mission over the long run.

Canon PIXMA G660 MegaTank :: Inkjet printers with large ink tanks have been the best option on the market for a good few years now, led by the fantastic Epson EcoTank range of printers (I use the ET-4750 myself). Canon has just revealed its PIXMA G660 MegaTank, with a six colour system like the Epson EcoTank Photo series. But while EcoTank Photo uses a grey and then a ‘photo black’ alongside the staple CMY colours, the G660 is using a grey and a true red as their extra colours. 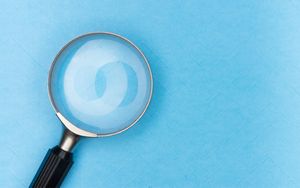 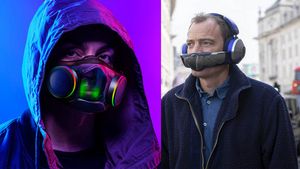