As mentioned in The Guardian, Free TV Australia – the peak industry body for commercial TV networks locally – made a submission to a parliamentary inquiry about social media and online safety, claiming TV manufacturers' influence is putting free-to-air TV at risk.

Some of the discussion points include how many TVs come with remotes featuring quick-access buttons to popular streaming services such as Netflix, and how apps are displayed on TVs.

"TV manufacturers and operating system developers increasingly exert control over which options are displayed to consumers, directing viewers to those services that can pay the highest price for preferred placement on the home screen," Free TV Australia's submission mentioned.

Money talks, sure, but the most popular streaming services are also packed with a wider range of high-quality content than free-to-air networks could possibly keep up with.

It also conveniently omits Roy Morgan research from last year that found Australian broadcast video on demand (BVOD) services all saw significant viewership increases, so it's not like fewer people are tuning in digitally.

Perhaps the omission was because both ABC iView and SBS On Demand far outpaced their commercial counterparts. Oops.

Although seemingly a strange thing to be lobbying for in an inquiry about social media, the majority of Free TV Australia's submission did relate to the subject matter within the context of news and defamation.

Their sole recommendation, however, was to "ensure free-to-air services are prominent on connected TVs", citing global competitors' inability to cut to important news, including health updates and bushfire warnings.

Because we all watch on demand streaming services to get the news, don't we? 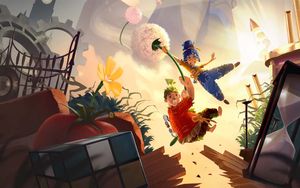 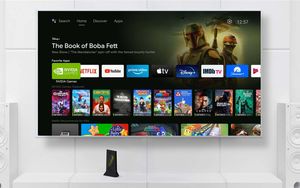