BlueAnt X4 party speaker: fun at home or in the park

The BlueAnt X4 party speakers work great alone or can hunt together in a powerful party mode of up to 100 speakers. Fun times at a good price.

BlueAnt is an Australian company that really seems to understand sound, and with the BlueAnt X4 bluetooth speakers, they've proved once again you can deliver great sound at an affordable price.

I first discovered this when I reviewed the BlueAnt X5 Bluetooth speaker, and was blown away. It’s not just a good quality speaker but a really thoughtful one with nice sound touches I didn’t expect, like a really well-tuned bass port. So when I was asked to take a look at the new BlueAnt X4 range I was pretty excited.

The BlueAnt X4 is the party bro version of the X5. They’re much smaller and easier to carry around and come in a wonderful range of colours. When paired together they don’t output stereo sound like the X5, instead you can get up to 100 of these linked in party mode. While the X5 is the Bluetooth speaker el deluxe for audiophiles who want it wireless and portable, the new smaller X4 is the perfect party solution.

Like their larger brothers, the Blueant X4 has an excellent frequency range and volume capabilities without distortion. For its size and price it’s really hard to fault the quality of sound. The lack of stereo is a bit of a bummer, but party mode is an acceptable trade off. Party mode syncs the speakers, using one as a master, so you can have X4s in various rooms all playing in time. It creates a feeling like you’re in a movie walking through a house and the soundtrack follows you. It's the kind of thing the far more expensive multiroom Sonos speakers deliver across a home.

This mode doesn’t work as well when the speakers are close together as occasional moments of very slight delay between the master and other speakers can be noticeable. It’s not really what you’d want to use this mode for anyway. One speaker is more than enough for the rooms in my house, and most people probably wouldn’t notice.

They also work really well outside. Two at either ends of a backyard was enough to drown out conversation while still keeping the sound clear. At parks a single speaker gives clear sound even at a surprising distance, and just adding more lets you drown out the world pretty quickly. As Bluetooth speakers, they’re really hard to fault and are excellent quality at the price point. They even still come with horrible microphones for supposed fun.

I keep saying how excellent these are for a party mindset, but I’ve gotta come clean. Relatively soon after getting these review speakers, my chronic illness arched up. I managed a few fun tests in fun environments before it hit, but these have been less party speakers as they have become almost thoughtful companions.

I can’t do a lot. Can’t really go to the park and blaze music at the locals. Certainly couldn’t manage a party. I do a lot of sitting, and whatever else I can manage. It’s usually painting, writing, gaming, often just sitting.

The nice small size of the X4 Bluetooth speakers with the easy carry handle means these get brought around the house with me for fun sitting activities. It’s so easy to have one outside for painting, and another inside for when I need to crawl back on the couch.

These speakers are convenient, easy, and nice to use. They’re up for any party, no matter what your version of one might look like. Once again, BlueAnt have knocked it out of the park with the BlueAnt X4 Bluetooth speakers. The BlueAnt X4 sells for $249 at all the usual places. 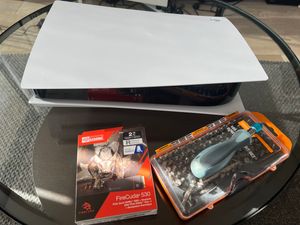 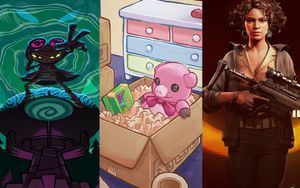